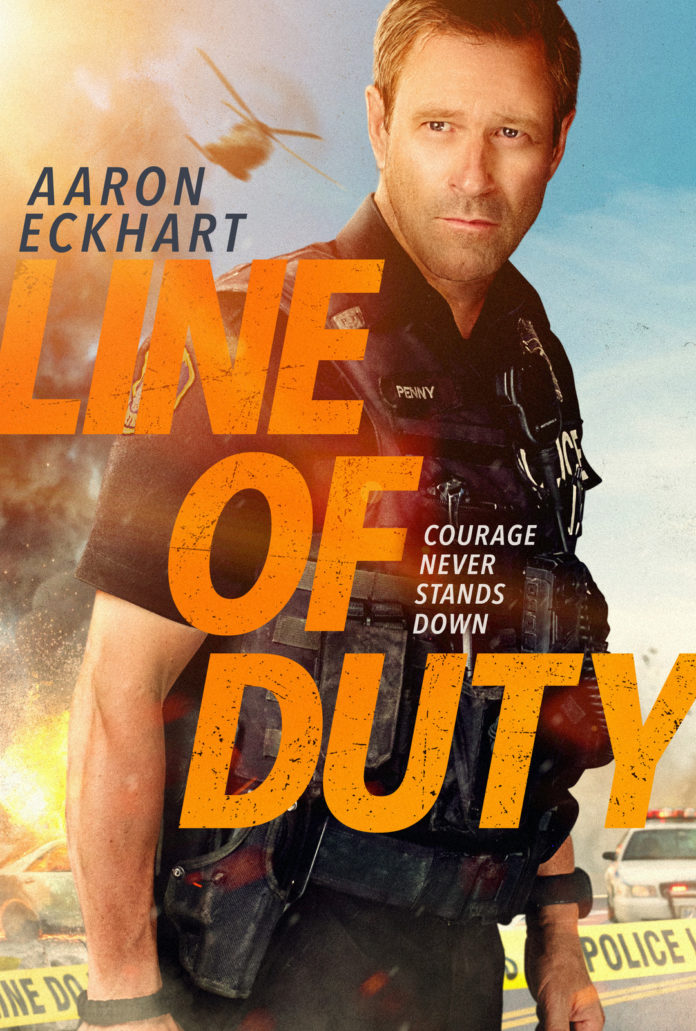 Synopsis: Aaron Eckhart (Olympus Has Fallen) stars as Frank Penny, a disgraced cop looking for a shot at redemption. When the police chief’s 11-year-old daughter is abducted, Frank goes rogue to try and save her. But to find the girl, Frank will need the help of Ava Brooks (Courtney Eaton), whose live-streaming news channel is broadcasting Frank’s every move. While a city watches, Frank and Ava race against time in this explosive action-thriller.

Line Of Duty is set for release in select theaters and On Demand November 15, 2019.