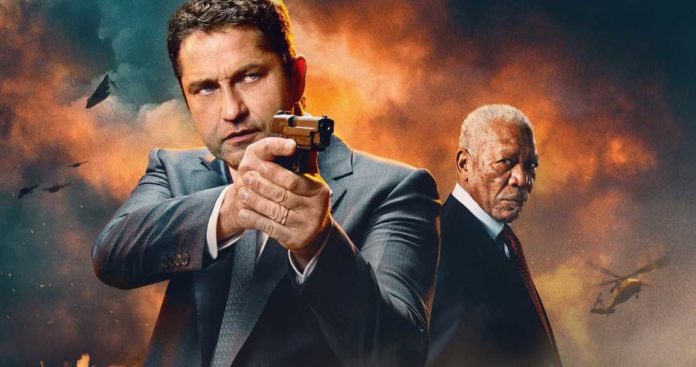 UPDATE: Gerard Butler is officially returning as Mike Banning in the fourth installment of the ‘Fallen’ franchise titled Night Has Fallen. Robert Mark Kamen (Taken) is set to write the script with director Ric Roman Waugh (Angel Has Fallen) returning at the helm.

Production will roll at Millennium Media’s Nu Boyana Studios in Bulgaria and throughout Europe.

UPDATE: Speaking to Entertainment Weekly, Gerard Butler confirms a fourth installment of the ‘Fallen’ franchise is officially in the works stating:

“I think with everything going on, we need him (Mike Banning). He needs to come back. Yeah, I think you will be seeing another. We’re toying away with another really fantastic idea that we’re working on at the moment that obviously we can’t say too much about.”

More cities will fall as Gerard Butler is expected to return as secret service agent Mike Banning for at least 3 more Fallen films.

Producer Alan Siegel is planning to create and expand a shared ‘Fallen’ universe with spin-offs and international TV shows in addition to the new trilogy.

Siegel stated: “If we do it in India, the star of that could come into Angel Has Fallen 4. It could be a symbiotic relationship.”

The original trilogy (Olympus Has Fallen, London Has Fallen, and Angel Has Fallen) grossed over $500 million at the global box office, with most of that coming from international territories such as China.