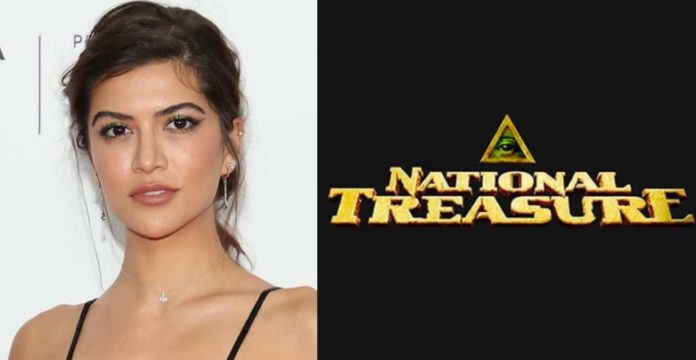 UPDATE: Actress Lisette Alexis (We Need to Do Something) has been cast as the lead in the National Treasure TV series.

Alexis portrays Jess, a Latina whose brilliant and resourceful mind loves a good mystery, and she has a natural talent for solving puzzles. Over the course of the show, Jess will uncover her own buried history, as well as the truth about her parents and her connection to a long-lost treasure.

Written by Marianne and Cormac Wibberley and directed by Mira Nair (Amelia), the series “explores the timely issues of identity, community, historical authorship and patriotism, told from the point of view of Jess Morales, a twenty-year-old DREAMer who, with her diverse group of friends, sets off on the adventure of a lifetime to uncover her mysterious family history and recover lost treasure.”

UPDATE: Action mega producer Jerry Bruckheimer (Bad Boys For Life) confirms plans for a National Treasure TV series focusing on a younger cast on Disney+ in addition to the third installment to the franchise.

Bruckheimer stated to Collider: “We’re certainly working on one [National Treasure] for streaming and we’re working on one for the big screen. Hopefully, they’ll both come together and we’ll bring you another National Treasure, but they’re both very active….The one for Disney+ is a much younger cast. It’s the same concept but a young cast. The one for theatrical would be the same cast. The film version is being written right now. The television version is in process. We have a pilot script done and an outline of the future episodes.”

Disney is ready to jump back into the treasure hunting game as National Treasure 3 is officially in development.

No words yet on if Nicolas Cage will reprise his role of Benjamin Gates, but it is very likely.