Have a look at the new poster for TEENAGE MUTANT NINJA TURTLES (above)! Along with the new poster, a new ‘Ninja Rap’ song for this generation titled SHELL SHOCKED have also be revealed! The single features Taylor Gang’s Wiz Khalifa, Juicy J, and Ty Dolla $ign. Have a listen below:

What do you think? How does this compare to the classic ‘Ninja Rap’ performed by Vanilla Ice from 1991’s TMNT 2: SECRET OF THE OOZE?

Also do not forget to check out the 30 second spot with new footage below:

The heroes in the half-shell will hit theaters on AUGUST 8th! GO NINJA GO NINJA GO!

UPDATE: TWO more new promos have been release with never before seen footage! 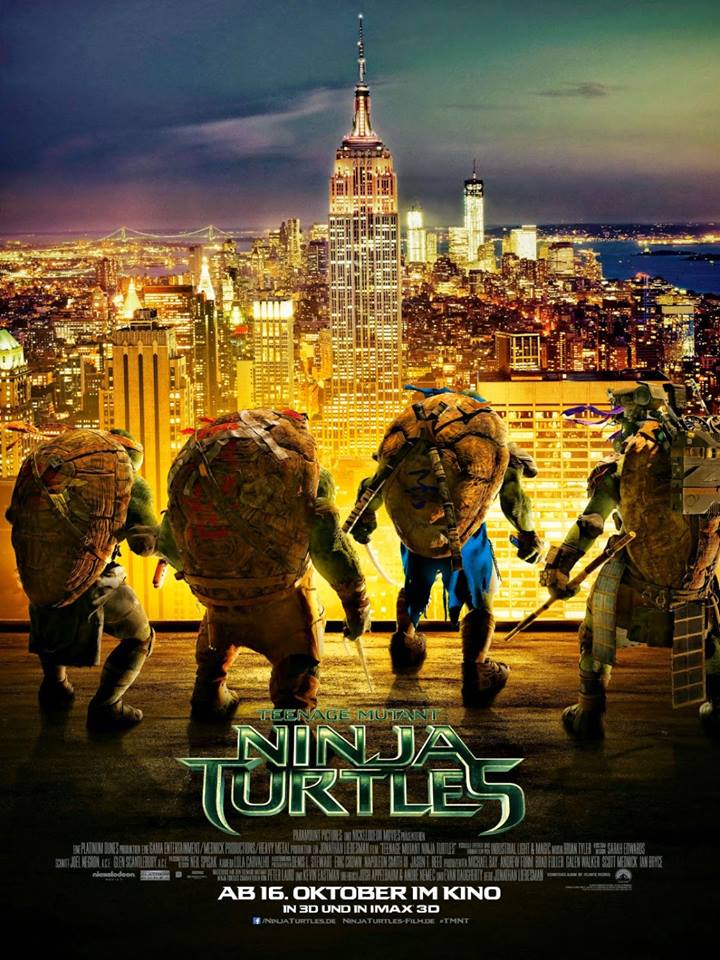