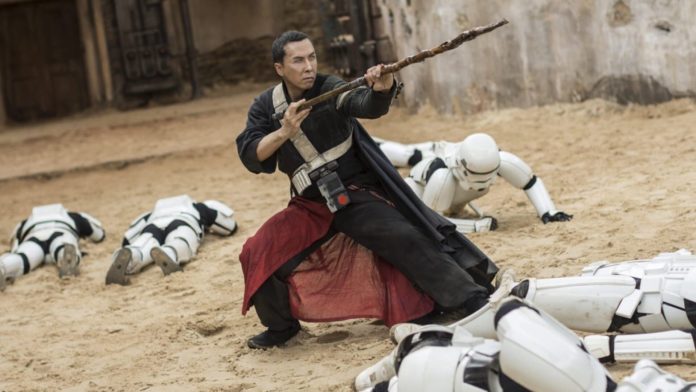 After international superstar Donnie Yen (Ip Man 4) brought a fresh martial arts flavor to the Star Wars universe as blind warrior Chirrut Imwe in 2016’s Rogue One: A Star Wars Story, Disney is planning to expand that style onto the small screen.

Disney+ is developing a new female-centric Star Wars series that will be written by Lesley Headland (Netflix’s Russian Doll).

Deadline has confirmed that the female led series is an “action thriller with martial arts elements and set in an alternate timeline from the usual Star Wars universe.”

Sadly, this series does not sound like it will feature fan-favorite Chirrut Imwe. This is a major missed opportunity for Disney to bring back the king of martial arts himself, Donnie Yen, and perhaps explore Imwe’s backstory with Baze Malbus (played by Jiang Wan in Rogue One).

Stay tuned as we learn more about the new series and who Disney will cast as its female lead.