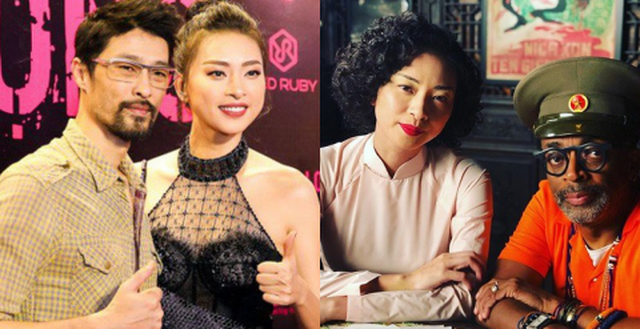 2007’s breakout hit The Rebel starring Johnny Tri Nguyen and Veronica Ngo (Furie) was the film that put Vietnamese action cinema on notice all around the world. The duo followed that up with 2009’s action-packed Clash, which further caught the eyes of Hollywood executives and turned Ngo into an international star. She went on to co-star with such action heavyweights as Donnie Yen and Michelle Yeoh in Crouching Tiger, Hidden Dragon: Sword Of Destiny and Will Smith in Netflix’s Bright. Ngo even followed Yen’s footsteps and joined the Star Wars universe with a small but impactful role in Star Wars: Episode VIII – The Last Jedi. She eventually went back to what put her on the map with last year’s actioner Furie, Vietnam’s highest grossing film ever.

Which now brings us to Oscar winner Spike Lee’s new film Da 5 Bloods. Johnny Tri Nguyen and Veronica Ngo is back together again as both are featured in the film that takes place during the Vietnam War.

Synopsis: From Academy Award® Winner Spike Lee comes a New Joint: the story of four African American Vets — Paul (Delroy Lindo), Otis (Clarke Peters), Eddie (Norm Lewis), and Melvin (Isiah Whitlock, Jr.) — who return to Vietnam. Searching for the remains of their fallen Squad Leader (Chadwick Boseman) and the promise of buried treasure, our heroes, joined by Paul’s concerned son (Jonathan Majors), battle forces of Man and Nature — while confronted by the lasting ravages of The Immorality of The Vietnam War.