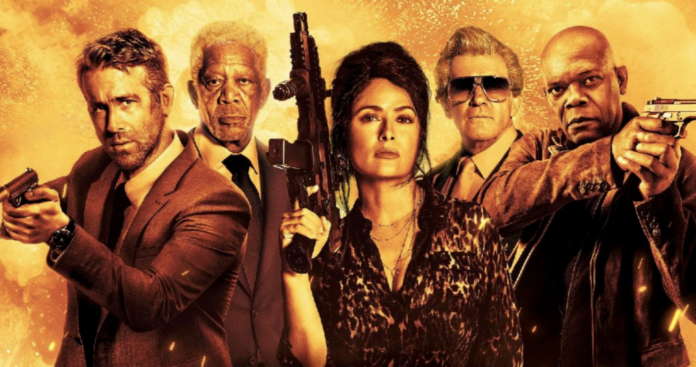 UPDATE: Check out the first Trailer for The Hitman’s Wife’s Bodyguard below!

UPDATE: The release date for The Hitman’s Wife’s Bodyguard has been moved up two months from August 20th to June 16th.

Director Patrick Hughes (The Expendables 3) is back behind the camera along with original stars Ryan Reynolds (Deadpool 2), Samual L. Jackson (Marvel’s Avengers), and Salma Hayek (Marvel’s The Eternals).

This time around, the film follows Reynold’s Michael Bryce as he intends to swear off violence entirely. However, his plans takes a bump in the road as Darius Kincaid (Jackson) and his wife Sonia Kincaid (Hayek) rope him into their mission to save Europe from a vengeful extremist played by Antonio Banderas (The Expendables 3).

The cast also includes Morgan Freeman (Angel Has Fallen), Frank Grillo (Captain America: The Winter Soldier) and Richard E. Grant (Can You Ever Forgive Me?).