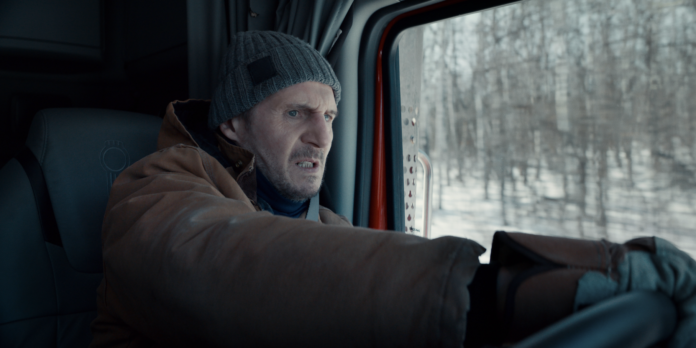 UPDATE: Check out the first Trailer for The Ice Road. The film is set to premiere on Netflix June 25th.

Streaming giant Netflix has bought the domestic rights for the upcoming action thriller The Ice Road for a record breaking $18 million.

The film stars Liam Neeson (The Marksman) and follows the events after a “remote diamond mine collapse in the far northern regions of Canada. An ice driver (Neeson) then leads an impossible rescue mission over a frozen ocean to save the lives of trapped miners despite thawing waters and a threat they never see coming.”