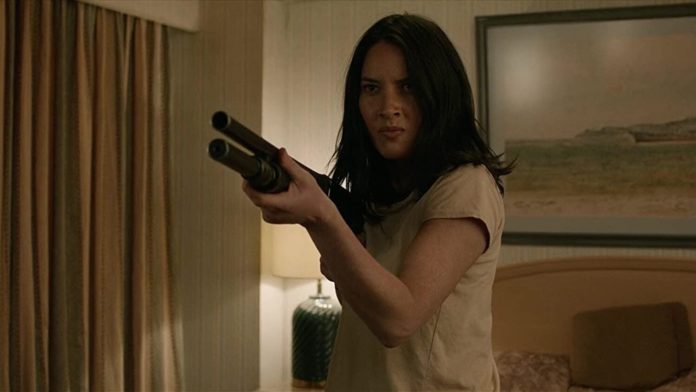 Best known for her role as the mutant Psylocke in 2016’s X-Men: Apocalypse, actress Olivia Munn (The Predator) is set to star in the upcoming actioner Replay.

The film is written and directed by Jimmy Loweree (Absence) and follows Munn as “Erin Staffer, whose husband is kidnapped and murdered. Now, armed only with illegal, bleeding edge tech and a desperate plan, Erin must do everything in her power to change the past and save him.”

Munn also serves as producer along with Ethan Erwin and Hal Sadoff for Dark Castle Entertainment. Erwin stated that “audiences are going to witness the birth of the next great action star with Olivia Munn in this film. And our director, Jimmy Loweree, is an incredible young filmmaker, whose vision for this movie is going to blow people away.”