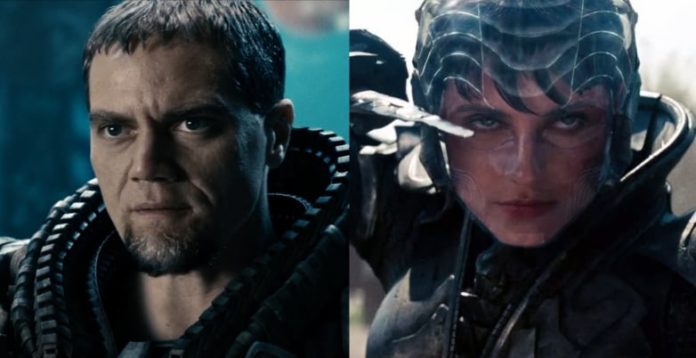 UPDATE: Michael Shannon (The Shape of Water) and Antje Traue (King of Ravens), who played Superman villains General Zod and Faora in 2013’s Man of Steel, are unexpectedly returning and reprising their roles in The Flash according to the 2022 movie preview on the Warner Bros. official website.

UPDATE: Take a sneak peak at The Flash below giving us our first glimpse of Michael Keaton’s return as Batman!

UPDATE: Production on The Flash has officially started as director Andrés Muschietti shared the official logo via Instagram.

UPDATE: Billy Crudup has dropped out of his role as Barry Allen’s father, Henry Allen, due to scheduling conflicts. Warner Bros. has found his replacement in Ron Livingston (Band of Brothers). Livingston will be joining Maribel Verdú (Pan’s Labyrinth) as Barry Allen’s mother and Kiersey Clemons (Zack Snyder’s Justice League) reprising her role as Iris West.

UPDATE: Daytime Emmy nominated actress Sasha Calle (TV’s The Young and the Restless) has officially been cast as Supergirl in the upcoming The Flash film.

Calle was chosen for the role from over 425 actresses who auditioned.

“I saw more than four hundred auditions. The talent pool was truly amazing and it was very hard to make a decision, but we finally found an actress who was destined to play this role,” said director Andrés Muschietti.

UPDATE: The release date for The Flash has officially been pushed back from June 2, 2022 to November 4, 2022. It is also reported that Billy Crudup (Justice League) is in talks to reprise his role as Barry Allen’s father, Henry Allen.

“He’s a very substantial part of the emotional impact of the movie. The interaction and relationship between Barry and Affleck’s Wayne will bring an emotional level that we haven’t seen before. It’s Barry’s movie, it’s Barry’s story, but their characters are more related than we think. They both lost their mothers to murder, and that’s one of the emotional vessels of the movie. That’s where the Affleck Batman kicks in,” said director Andy Muschietti.

Original Batman Michael Keaton (Spider-Man: Homecoming) is set to reprise his role as the caped crusader in DC’s upcoming The Flash film Flashpoint.

Ezra Miller is set to return as The Flash with Flashpoint picking up where Justice League left off. With the multiverse being introduced in the DC cinematic universe, there is a number of possibilities that we can see multiple Batman in the film including Jeffrey Dean Morgan, who portrayed Thomas Wayne in Batman v Superman, a character who becomes Batman in the Flashpoint comics storyline. Who knows, we might also see Ben Affleck return as well.

Flashpoint will be directed by Andrés Muschietti (It: Chapter Two) with a production start date set in the first quarter of 2021.