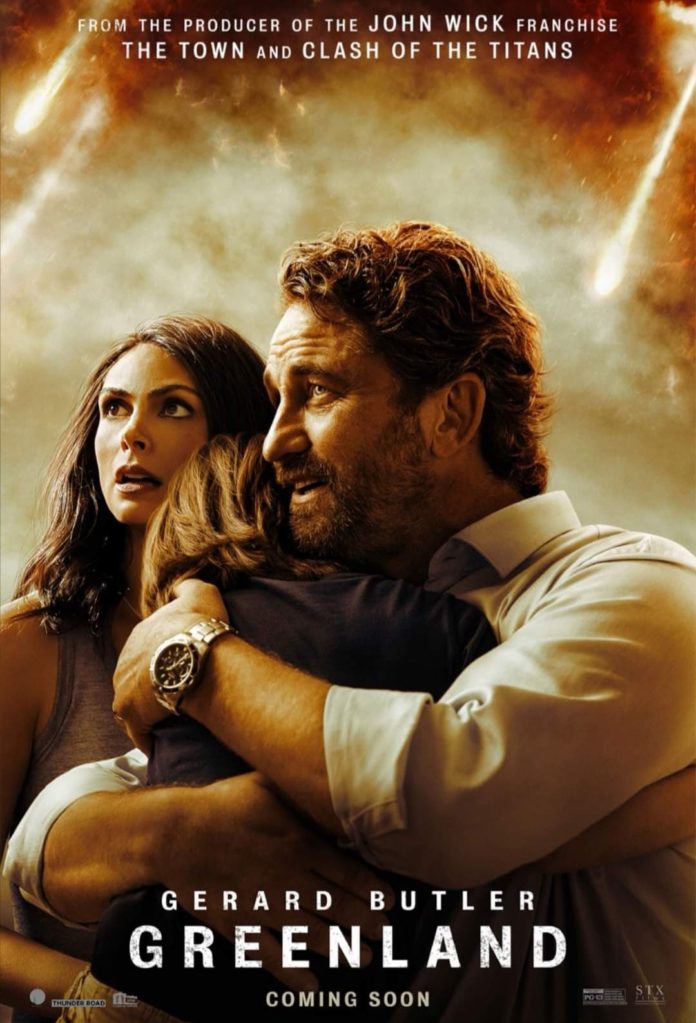 The film follows “a family trying to come back together, only for their hopes of a return to normalcy to be interrupted by a planet-killing comet’s impending arrival. As they fight for survival, John Garrity (Butler), his estranged wife Allison, and their young son look to avoid both the comet’s fragments and a decaying society. Thankfully, with the apocalypse approaching, there appears to be the possibility of a desperate, last-minute safe haven.”