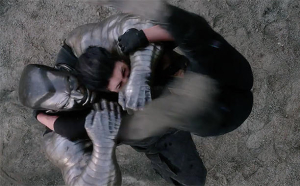 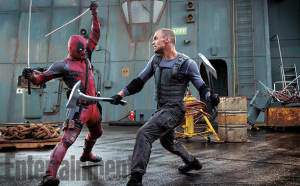 UPDATE: Have a look at the new IMAX trailer along with the latest poster (above)!

UPDATE: Have a look at the latest posters! 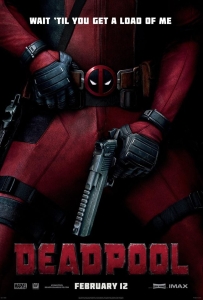 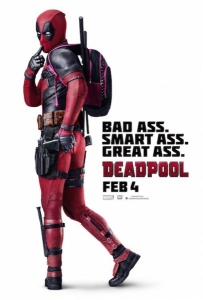 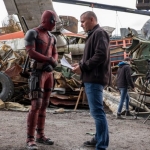 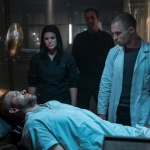 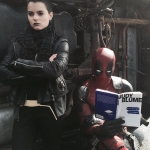 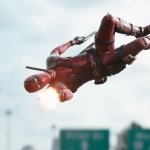 UPDATE: Just what you expect from ‘Deadpool’. Here is the anti-hero himself in the TEASER for the trailer. 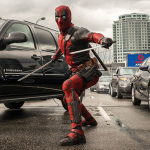 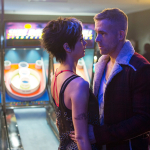 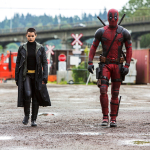 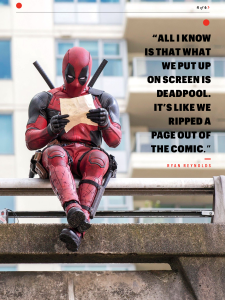 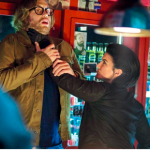 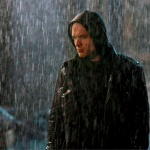 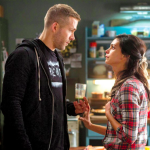 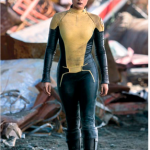 UPDATE: Another new image via EMPIRE featuring ‘Deadpool’ with BRIANNA HILDEBRAND as his partner in crime ‘Negasonic Teenage Warhead’. 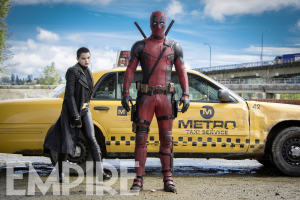 UPDATE: Have a look at the OFFICIAL photo of RYAN REYNOLDS as ‘Deadpool’! 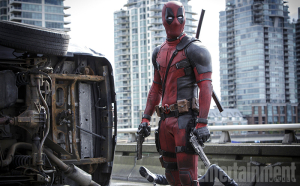 UPDATE: Production on ‘Deadpool’ have officially wrapped according to the ‘merc with a mouth’ himself, RYAN REYNOLDS!

#Deadpool has been a privilege to make. And we got to make this film because of you. Gonna eat a samich now. #wrapped pic.twitter.com/AMW68HD2BI

The R-rated ‘Deadpool’ will hit theaters on February 12th, 2016. UPDATE: Star RYAN REYNOLDS posted a new image of ‘Deadpool’ in action on Instagram!

UPDATE: NEW on-set images from DEADPOOL have emerged featuring RYAN REYNOLDS as ‘Wade Wilson’ and his stunt double in full ‘Deadpool’ costume! Yup. It is hard imagine that they will mess this up. 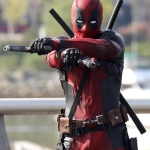 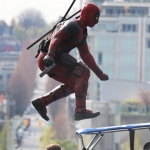 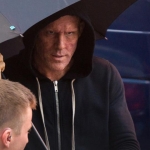 UPDATE: RYAN REYNOLDS recently sat down with MARIO LOPEZ on ‘Extra’ and confirmed that DEADPOOL will be ‘Rated R’ in the most hilarious way! Check out the video below.

Ohhhhh yes. I have a feeling fans are gonna be in for one helluva treat!

What do you guys think? Comment below! SYNOPSIS: Based upon Marvel Comics’ most unconventional anti-hero, Deadpool tells the origin story of former Special Forces operative turned mercenary Wade Wilson, who after being subjected to a rogue experiment that leaves him with accelerated healing powers, adopts the alter ego Deadpool. Armed with his new abilities and a dark, twisted sense of humor, Deadpool hunts down the man who nearly destroyed his life. UPDATE: Actress MORENA BACCARIN (TV’s Gotham) is set to play ‘Vanessa Geraldine Carlysle’, also known as the shapeshifting mutant ‘Copycat’! 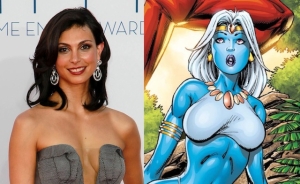 Here are a couple of tweets from Baccarin and leading man RYAN REYNOLDS confirming the start of production on ‘Deadpool’!

Rounding out the cast is T.J. MILLER as ‘Weasel’, GINA CARANO as ‘Angel Dust’, and ED SKREIN in an unspecified role. SOURCE: Comingsoon.net UPDATE: Former MMA superstar and on-screen action heroine GINA CARANO (Fast & Furious 6, Haywire) have joined the cast of DEADPOOL as mutant ‘Angel Dust’ who is capable of unleashing adrenaline into her system (rendering her nearly superhuman for periods of time). The character was first introduced as a member of an underground mutant group called the ‘Morlocks’. 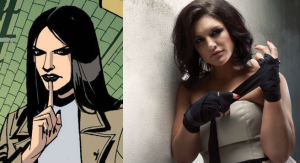 Another interesting news is that ‘X-Men’ member ‘Colossus’ is expected to make an appearance in the film! Unfortunately DANIEL CUDMORE (X-Men: Days Of Future Past) will NOT be returning for the role. 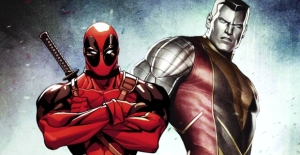 UPDATE: RYAN REYNOLDS is finally closing in on a deal to play the “Merc With A Mouth”! He recently teased his involvement on his Twitter page: 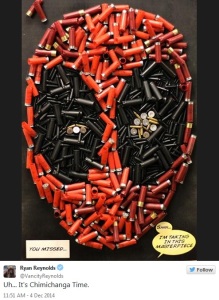 ‘Deadpool’ is scheduled to go into production in March with a targeted release date on February 12, 2016!

UPDATE: BREAKING NEWS – 20th Century Fox have officially agreed to move forward with the DEADPOOL movie that we have all been waiting for! RYAN REYNOLDS will star along with TIM MILLER (best known for his visual effects work on ‘Scott Pilgram Vs The World’ and the leaked ‘Deadpool’ test footage below) directing and a script by ‘Zombieland’ writers RHETT REESE and PAUL WERNICK.

Reynolds’ statement regarding the awesome fans reaction to the leaked footage: “There was such an overpowering reaction to the footage, you sort of feel like, ‘Oh, so we weren’t crazy for our reasons for loving this character, for loving this role.’ It’s interesting to see the power of the Internet. It’s awe-inspiring, actually,” Reynolds told the Niagara Falls Review (via ComicBook.com). “And it’s neat that Twitter and Facebook and Instagram can move mountains when used in the right way.”

The TEST FOOTAGE for director TIM MILLER’S potential DEADPOOL movie have been leaked in HD! Check it out NOW before its taken off!

The test footage features the voice of RYAN REYNOLDS, who played ‘Wade Wilson’ aka ‘Deadpool’ in 2009’s X-MEN ORIGINS: WOLVERINE. Reynolds was pretty much born to play the “Merc with a Mouth” with his natural witty comic timing.

Hopefully this ridiculously AWESOME footage will convince FOX to greenlight an R-rated ‘Deadpool’ film that fans have been glamoring for all these years.