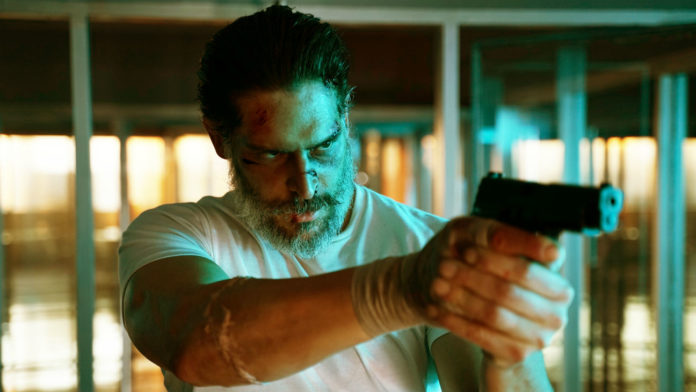 UPDATE: Check out the latest Trailer and Poster for Archenemy below. The film is set for release in theaters, On Demand, and Digital on December 11th.

Joe Manganiello (Magic Mike, Rampage) may not be reprising his Justice League role of Deathstroke any time soon, but he is playing a different type of superhero in Archenemy directed by Adam Egypt Mortimer (Daniel Isn’t Real).

Synopsis: The film tells the story of Max Fist played by Joe Manganiello, who claims to be a hero from another dimension who fell through time and space to earth, where he has no powers. No one believes his stories except for a local teen named Hamster, played by Skylan Brooks, and his older sister, Indigo, played by Zolee Griggs. Together, they take to the streets to wipe out the local drug syndicate.

Amy Seimetz (Pet Semetary) and Glenn Howerton (The Hunt) stars alongside Manganiello in the film, which was produced by Daniel Noah, Lisa Whalen, and Elijah Wood for SpectreVision.