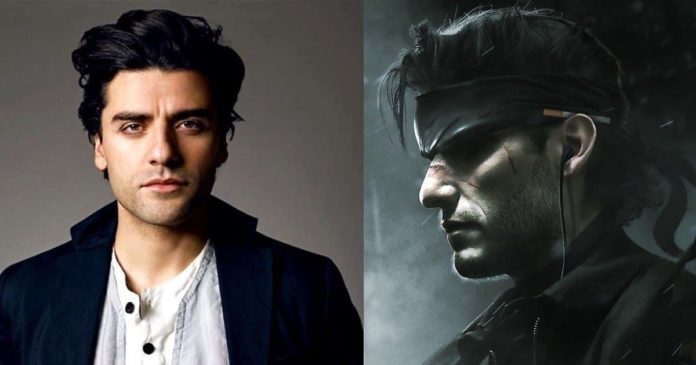 Actor Oscar Isaac (Triple Frontier, Star Wars: The Rise of Skywalker) is gearing up for another major role as he is set to headline the live-action adaptation of the hit video game Metal Gear Solid (created by Hideo Kojima) directed by Jordan Vogt-Roberts (Kong: Skull Island).

Isaac will portray Solid Snake, who personally threw his name into the hat before it became official. Graphic artist Bosslogic even mocked up a piece of Isaac as Snake that caught the attention of director Vogt-Roberts last year.

To everyone asking how I feel about Oscar Isaac saying he wants to be Solid Snake.

The full process required to cast an icon hasn’t even started, but..

Ask @Bosslogic where the idea for his brilliant mock up came from.

The ball’s in Oscar’s court. pic.twitter.com/DKM1gw0Oc2

The project is being developed by Sony Pictures with Derek Connolly (Kong: Skull Island, Star Wars: The Rise of Skywalker) on board to write the script and Avi Arad (Spider-Man franchise) producing.

Isaac is an extremely busy man as he has also committed to starring in Marvel Studios’ Moon Knight series on Disney+, so a production start date is still unknown.