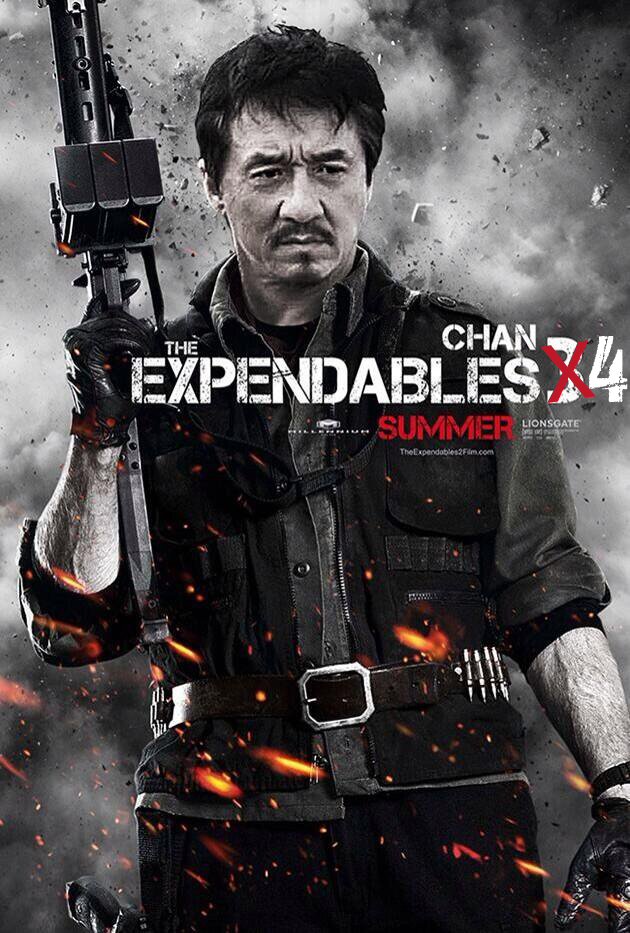 SLY STALLONE, the producer, writer, and star of THE EXPENDABLES franchise have wanted international action star JACKIE CHAN to join his band of mercenaries for part 2 and 3 but was repeatedly turned down. But Stallone is very persistent in his pursuit to finally get Jackie on board as you can see in the video below:

Jackie recently stated: “…this morning I did hear – the office called – Sly [Stallone] wants me for Expendables 4. I said, ‘Okay.’ Because they already asked me to be in two and three, but I refused. Well, I didn’t refuse, but I said, ‘Sly, can’t we just do you and me? Not just a bunch of people and me only coming out for five minutes.’ Because then the audience is, ‘Oh!’ And then I’m gone.”

I definitely agree with Jackie’s point. This is the EXACT feeling that fans felt about JET LI for his minor appearances in both part 2 and 3. So technically, Jackie have not yet turned down the offer for THE EXPENDABLES 4. If Stallone really wants him on board, he better start thinking about writing a part that is more than just a glorified cameo ala CHUCK NORRIS and JET LI in the previous installments.

In the mean time, Jackie have quite a few projects lined up including the currently filming DRAGON BLADE with JOHN CUSACK and ADRIEN BRODY, SKIPTRACER with SEANN WILLIAM SCOTT and FAN BINGBING, and a number of sequels including THE KARATE KID 2, SHANGHAI DAWN, RUSH HOUR 4, and CHINESE ZODIAC 2.