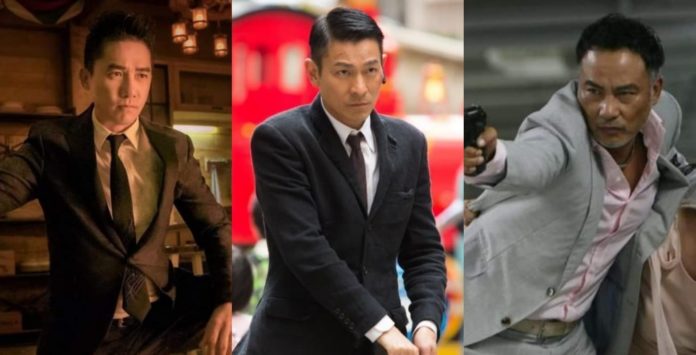 UPDATE: Hong Kong superstar Andy Lau (Shock Wave 2) will be reuniting with his Infernal Affairs (2002) co-star Tony Leung Chiu Wai. The previously announced Untitled project is now called Goldfinger aka Once Upon a Time in Hong Kong and will be directed by Felix Chong (Project Gutenberg), who wrote the original Infernal Affairs trilogy.

Set in the 1980s, the film follows a “cut-throat machinations between Hong Kong’s jostling business elites amidst the backdrop of the tail end of British colonial rule. It tells the story of the rise and bust of a fictional Hong Kong company called Jiali Group, following the travails of its chairman Cheng Yiyan through 15 years of investigations by the Independent Commission Against Corruption as murders are committed, billions in market value evaporate and millions are spent on litigation fees.”

The project is described as “a top-secret movie about a sensational case which rocked Hong Kong in the 1970s.”

Not much else is known about the film besides the fact that it carries a budget of HK$200 million (US $30.8 million).