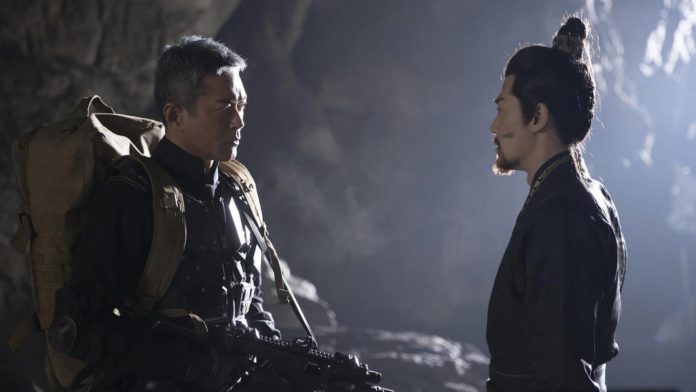 Louis Koo (Paradox), the hardest working man in Hong Kong is back at it again with the sci-fi fantasy actioner Back to the Past.

Directed by Ng Yuen-fai and Jack Lai, this is a feature length adaptation of the hit 2001 TVB show A Step into the Past also starring Koo. The original series follows a 21st-century VIPPU special agent (Koo) who gets entangled in a time traveling experiment. The film version will also feature some other returning stars including Raymond Lam (Saving General Yang), Jessica Hsuan (A Witness Out of the Blue), Sonija Kwok (The Sorcerer and the White Snake), Joyce Tang (Armed Reaction series) and Michelle Saram (Paradox).