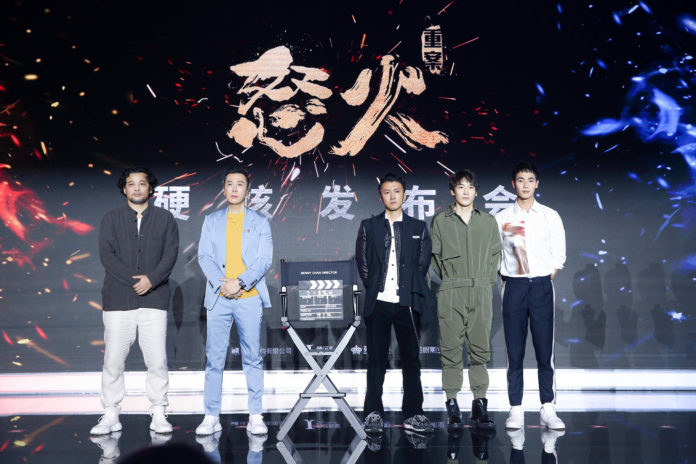 Ip Man star Donnie Yen and Nicholas Tse (As the Light Goes Out) attends a press conference for their latest action film Raging Fire, directed by the late Benny Chan (The White Storm) at the 2021 Shanghai International Film Festival.

Chan, a prominent Hong Kong film director and producer best known for hit classics such as A Moment of Romance (1990), Rob-B-Hood (2007), and The White Storm (2013), passed away last year in August from nasopharyngeal cancer.

It was reported during filming, Chan fell ill and was later diagnosed with the illness.

While Chan completed his duties as a director during filming, his illness rendered him unable to take part in the post-production process.

In Chan’s latest and final film, Yen stars as Cheung Tit-shan, a Regional Crime Unit officer who is pitted against his former protégé, Yau Kong-ngo played by Tse.

At the 2021 Shanghai International Film Festival, Yen and co-star Tse sheds tears during a tribute honoring the late director at the Raging Fire press conference.

Raging Fire is set to release theatrically on July 30th in Hong Kong.

Check out the Trailer HERE.