UPDATE: Check out the International Trailer below!

UPDATE: Latest Poster and images from the film! 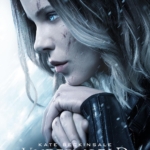 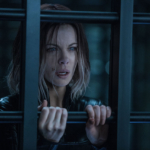 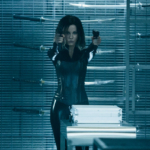 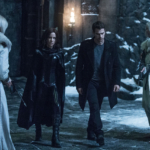 UPDATE: KATE BECKINSALE ‘John Woo’-ing it on the latest Poster below!’ 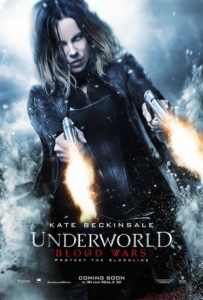 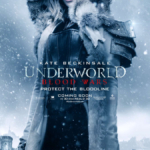 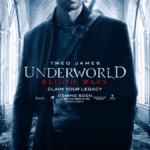 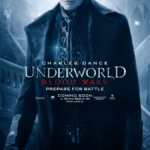 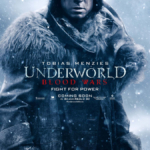 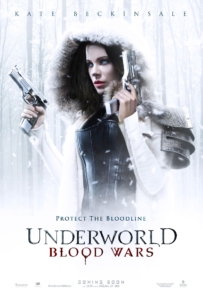 SYNOPSIS: The next installment in the blockbuster franchise follows Vampire death dealer, Selene (Kate Beckinsale) as she fends off brutal attacks from both the Lycan clan and the Vampire faction that betrayed her. With her only allies, David (Theo James) and his father Thomas (Charles Dance), she must stop the eternal war between Lycans and Vampires, even if it means she has to make the ultimate sacrifice.

UPDATE: The official title for the fifth installment have been revealed as UNDERWORLD: BLOOD WARS!

UPDATE: Production have officially started in Prague on UNDERWORLD: NEXT GENERATION! Here is the official Press Release:

Anna Foerster is the director of UNDERWORLD 5. Foerster, who previously directed episodes of the television series Criminal Minds and Outlander, is widely known for her work as cinematographer on epic blockbusters such as Independence Day, The Day After Tomorrow and White House Down.

UPDATE: Actress LARA PULVER (Edge Of Tomorrow) have joined the cast of UNDERWORLD 5! 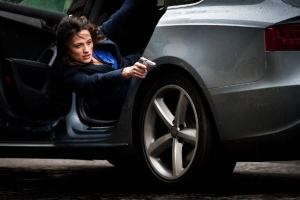 She is set to co-star with the returning KATE BECKINSALE and THEO JAMES (who will be back after all) along with BRADLEY JAMES (Fast Girls) and TOBIAS MENZIES (Casino Royale).

ANNA FOERSTER (TV’s Outlander) is set to direct with CORY GOODMAN (Priest, The Last Witch Hunter) providing the script. Original director LEN WISEMAN will serve as producer this time around.

UPDATE: Sony have officially announced the release date for UNDERWORLD 5 on October 21st, 2016!

UPDATE: According to Digital Spy THEO JAMES will NOT be returning as ‘David’ in the next and final installment of ‘Underworld’ due to his commitment with the ‘Divergent’ series. James stated “No, they have something in the works, but my involvement in it is… I think it’s going be very difficult to do that with these [Divergent] movies, and my other commitments.”

There is also confirmation via the ‘Underworld’ Official Facebook Page that leading lady KATE BECKINSALE will be putting on her slick leather suit for the very last time as ‘Selene’ with the following message:

We are working on the final Underworld movie starring Kate Beckinsale and we wanted to ask our loyal fans…What do you think the title should be? Comment below with your suggestions.

So what do you think they should call the film? Comment below!

UPDATE: Looks like KATE BECKINSALE may be returning after all in a separate ‘Underworld’ follow-up! Producer/director of the first two ‘Underworld’ and Beckinsale’s husband, LEN WISEMAN, recently told IGN (see video below) that in addition to the THEO JAMES lead spin-off, another ‘Underworld’ film featuring ‘Selene’ AND an ‘Underworld’ TV show is also in the development stages.

Of course, nothing is set in stone just yet. ‘Selene’ fans will just have to wait and see. 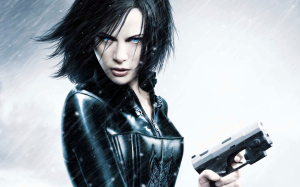 Looks like THEO JAMES (Divergent) will be taking over the UNDERWORLD franchise. James is set to reprise his role as the vampire ‘David’ from ‘Underworld: Awakening’. 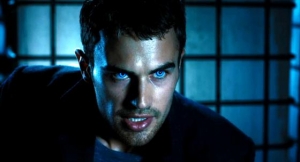 Leading lady KATE BECKINSALE will not be returning this time around. However, James will be joined by two as-yet-uncast female leads with the film being a continuation and NOT a reboot.

My best guess is that one of the two female leads will be ‘Eve’, the hybrid daughter of Beckinsale’s character ‘Selene’.

Judging by how poorly ‘Underworld: Rise Of The Lycans’ performed at the box office with RHONA MITRA in the lead in place of Beckinsale, audiences do not seem to care for the franchise without ‘Selene’. Then with Beckinsale back for ‘Awakening’, the series was back on track again grossing $160 million at the box office.

So this literally blows my mind that they will once again op to make another installment without Beckinsale. For this next one to be successful, the studio have to nail the casting of its leading lady.

Who do you guys think they should cast for the female lead opposite Theo James? Comment below!