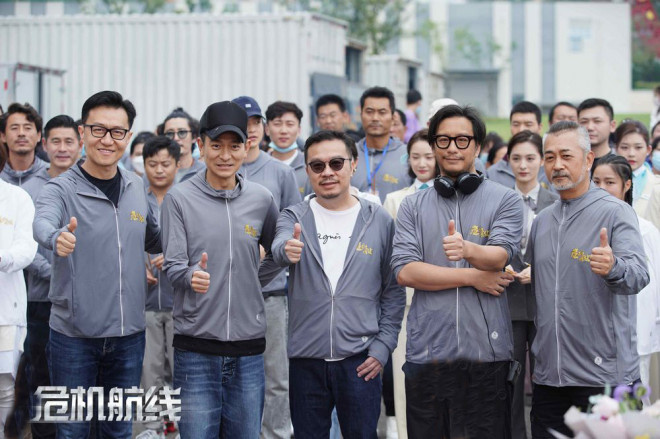 Hong Kong legend and superstar Andy Lau (Shock Wave 2) recently celebrated his 60th birthday during day one of the filming for his upcoming film, Crisis Route in Qingdao.

A year later, the 40-year veteran popstar was revealed to be the star and producer, along with Oxide Pang (The Eye) as the director.

Crisis Route will be the first Chinese-language film to feature the interior of the Airbus A380. According to Bastille Post, a budget of HK $300 million was spent to build a 1:1 replica of the world’s largest passenger aircraft.

In the film, Lau will play as Gao Haojun, an international security expert and former Special Forces officer in a battle against hijackers on board the original titular’s aircraft.

A production commencement ceremony was held on day one of filming as well as a birthday celebration for the popstar, according to The Standard.

No official release date has been announced so far.