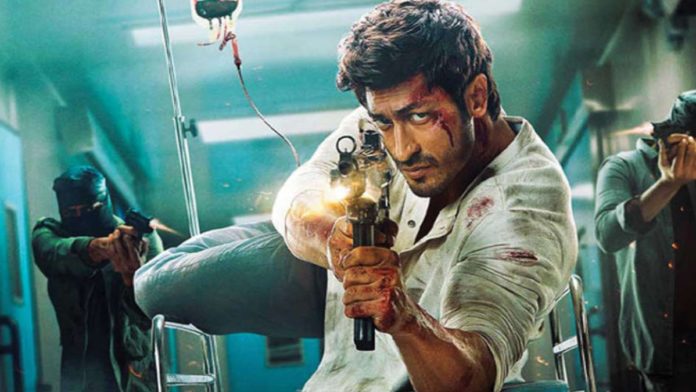 Personally I have found 2021 to be quite the disappointment when it has come to action movies. Don’t get me wrong, there have been some terrific releases but the more high profile releases of the year, the blockbusters if you will, have been something of a letdown.

The likes of Mortal Kombat (2021), Black Widow (2021) and even No Time to Die (2021) didn’t exactly live up to expectations. In the latters defense, I may have set those expectations too high for them to ever be met.

However, there have been a number of lower profile releases this year that have thankfully lived up to their promise with the recently released Sanak being one of them. While I did follow news of its production, I think it’s safe to say that unless you were a fan of Indian cinema, you probably wouldn’t be aware of its premier on streaming service Disney+ Hotstar.

Now I am not inferring that Sanak is some unheralded action classic. With its generic plot and paper thin characters it could never claim to be original, but it will definitely scratch your itch if you are looking for an action packed martial arts thriller with it being filled with inventive fight scenes.

The plot is essentially another Die Hard (1988) situation, wth martial arts sensation Vidyut Jammwal at its centre. Jammwal plays MMA instructor Vivaan whose wife Anshika (Rukmini Maitra) is admitted to the hospital due to a heart defect. The first 20 minutes or so of the plot is dealt with Vivaan raising the funds in order for his wife to receive an operation but this is quickly forgotten about when the hospital Anshika is attending is overtaken by a team of terrorists led by Saju Solanki (Chandan Roy Sanyal).

Saju, it turns out, is looking to free arms dealer Ajay Pal Singh (Kiran Karmarkar) who was admitted to the hospital earlier that day. The Police are unable to enter the hospital as Saju and his team have wired the entrances to explode, leaving it to Vivaan to deal with the terrorist almost single-handedly.

Vivaan’s only assistance inside is from a small boy and a security guard (Chandan Roy) who at least point him in the right direction. He is also in communication with Assistant Commissioner of Police Jayanti Bhargav (Neha Dhupia) who has her own personal reasons for trying to diffuse the situation.

Considering this is only his second time in the director’s chair, Kanishk Varma does a good job of keeping the action moving along. Admittedly the initial opening of the film is slightly slow moving but once we get into the main thrux of the story the action barely lets up.

What sets the action apart from other Indian movies is the sheer talent of leading man Vidyut Jammwal who goes all in during the fight scenes. I have now seen Jammwal in multiple action movies and while some may be better than others he clearly has star power. In many ways he is very much like the Indian version of Scott Adkins. I don’t mean in as much as fighting or acting style, more so in the fact that he really should be a bigger star than he is.

He has certainly had better acting roles than Sanak, as the part of Vivaan doesn’t exactly stretch his acting muscles. On the plus side he gets ample opportunity to show off his physical attributes. Notable fight scenes involve him taking on multiple opponents in a gas filled filing room as well as his first terrorist encounter in the hospital car park.

The action is given a decidedly Hong Kong flavor, thanks in part to fight choreographer Andy Long a.k.a. Andy Long Nguyen, a former member of the Jackie Chan Stunt Team. Some of Jammwal’s moves are heavily reminiscent of Jackie Chan’s work, with him using a variety of everyday objects as weapons, with a zimmer frame coming in especially handy during one memorable bout.

This isn’t Long’s first time working with Jammwal, with the two collaborating previously on Commando 3 (2019) and Khuda Haafiz (2020) both of which have their own fair share of memorable action scenes and shouldn’t be missed if you have the chance.

As mentioned, the plot isn’t exactly what you would call original, but many classic action movies have overcome this. The script from Ashish Prakash Verma at least makes our leads likeable, with Vivaan not being an all out warrior. It was refreshing that while he could certainly handle himself when it came to martial arts, he was mostly useless when forced to take part in any gun play. This is fitting though as his character is really only a MMA instructor even if he does take killing countless terrorists in his stride.

I was thankful that Rukmini Maitra didn’t become the expected damsel in distress even if she isn’t really given a great deal to do. More worthy is Neha Dhupia’s tough cop who gets to show off her very un-P.C. way of police work in the opening. Her hands are tied throughout with her having to rely more on Vivaan even if she isn’t sure she can trust him.

Chandan Roy Sanyal makes for a decent villain, doing just enough to make the audience hate him. You will be looking forward to him facing off against Jammwal in the finale and just to see him get his just desserts although I would have preferred the fight to be prolonged as it felt it was over far too quickly considering he is the main villain. Still, I can’t really complain with the bountiful amount of fight action that has come before.

Sanak is a more mainstream offering than some other Indian cinema releases. Those normally put off by Indian movies because of the inclusion of musical numbers shouldn’t fret. Other than a short musical montage during the opening no such thing happens in this film.

Action and martial arts fans should get a lot of enjoyment from Sanak. It is never going to change the face of action cinema, but for a quick two hours blast of gunplay and fight action, it’s simple charms are hard to resist.

Vidyut Jammwal can next be seen in the upcoming Khuda Haafiz Chapter II. There is currently no news on what the actual plot of the film or how it will follow the original but I still look forward to it just to see Jammwal back in action.