UPDATE: Check out TOM HOLLAND’s all new ‘Spider-Man’ as he swings into action in the latest TV spot below!

UPDATE: See ‘Team Cap’ in action in the exclusive clip below! 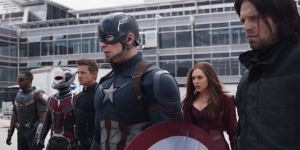 UPDATE: Trailer #2 is HERE featuring the FIRST LOOK at ‘Spider-Man’! 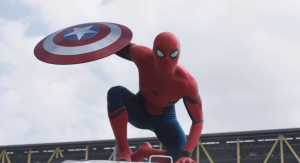 What do you think of the new ‘Spider-Man’ costume? Comment below. 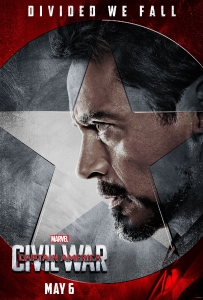 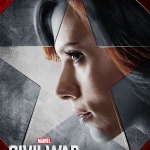 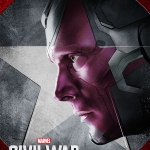 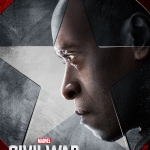 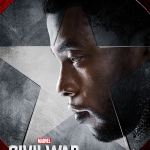 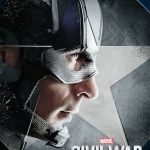 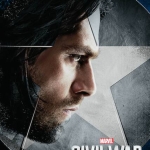 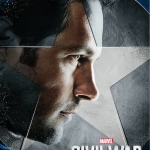 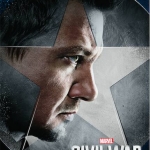 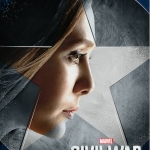 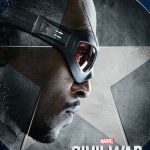 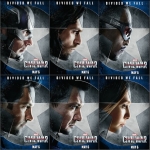 UPDATE: The EPIC Teaser Trailer is here along with 3 all-new Posters! 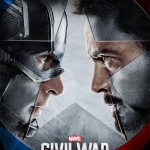 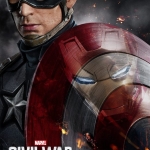 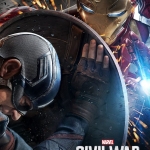 UPDATE: Official Promo Artwork have been released and confirms the opposing teams led by ‘Captain America’ and ‘Iron Man’. 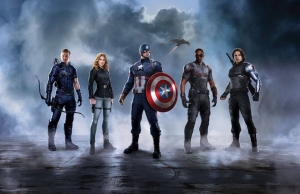 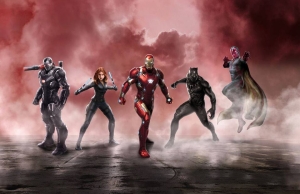 Absent from the images are ‘Scarlet Witch’ and ‘Spider-Man’. Maybe these two are the “middle ground” characters torn between the two teams.

UPDATE: New on-set photo featuring SEBASTIAN STAN aka ‘The Winter Soldier’ and ANTHONY MACKIE aka ‘The Falcon’ on the run! 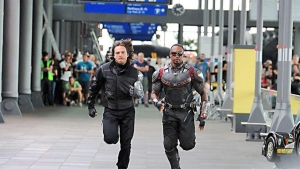 Actor TOM HOLLAND (The Impossible), who landed the role of ‘Peter Parker’ aka ‘Spider-Man’, have reportedly also been seen on-set filming his extended cameo! 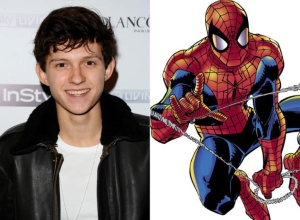 UPDATE: The FIRST on-set image of FRANK GRILLO as ‘Crossbones’ have been revealed! 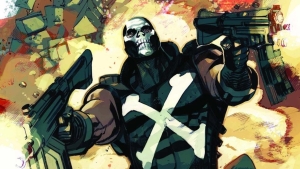 Head on over to ComicBookMovie.com for more images from the set! 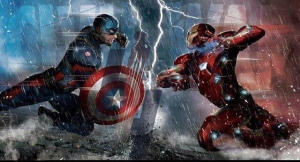 The film is looking more and more like ‘Avengers 2.5’ as both SCARLETT JOHANSSON and JEREMY RENNER is confirmed to reprise their roles as ‘Black Widow’ and ‘Hawkeye’. Along with those two is the first appearance of CHADWICK BOSEMAN as ‘Black Panther’ and the expected introduction of ‘Spider-Man’!

News have came out that ROBERT DOWNEY JR.’s ‘Iron Man’ will be making an appearance in the movie to potentially set up the famous ‘Civil War’ comic book story arc! 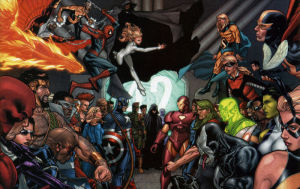 For those unfamiliar with the ‘Civil War’ storyline, it revolves around:

The U.S. government passes a Superhero Registration Act ostensibly designed to have superpowered characters act under official regulation, somewhat akin to police officers. The events of the series touch upon themes of liberty, moral responsibility, and civil order, with good-intentioned superhero characters finding themselves upon different sides.

The act requires any person in the United States with superhuman abilities to register with the federal government as a “human weapon of mass destruction,” reveal their true identity to the authorities, and undergo proper training. Those who sign also have the option of working for S.H.I.E.L.D., earning a salary and benefits such as those earned by other American civil servants. Characters within the superhero community in the Marvel Universe split into two groups: one advocating the registration as a responsible obligation, and the other opposing the law on the grounds that it violates civil liberties and the protection that secret identities provide. 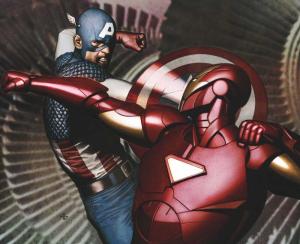 The prospect of registration divided the superhuman community down the middle, with Tony Stark, the superhero Iron Man who had previously tried to halt the act, becoming the pro-registration figurehead, and Captain America leading the anti-registration group. Iron Man, with Mr. Fantastic and Henry Pym, argued that the changing political landscape meant that resisting the law was pointless, and that it is reasonable for heroes to have proper training and oversight, whereas Captain America, alongside Luke Cage and Falcon argued that heroes required secrecy in order to protect aspects of their ‘normal’ life, such as spouses and children, and to allow them to act in whatever means necessary against threats which the ordinary emergency services couldn’t cope with. Although nominally a U.N. agency, S.H.I.E.L.D. assumed the brunt of enforcing the act under acting director Maria Hill.

Downey Jr. will join returning cast-members CHRIS EVANS, ANTHONY MACKIE, and SEBASTIAN STAN. No ‘official’ words yet on if SCARLETT JOHANSSON or SAMUEL L. JACKSON will be back, but it is very likely that they will. Considering his cameo appearance was cut out from ‘Captain America: The Winter Soldier’, JEREMY RENNER have also been rumored to join the 3rd installment as ‘Hawkeye’.

ANTHONY and JOE RUSSO will return to direct CAPTAIN AMERICA 3, which is set to hit theaters on May 6, 2016.

Stay tuned for more casting confirmations in the coming weeks!