UPDATE: The FINAL Epic Trailer is here teasing the return of ‘Wolverine’! 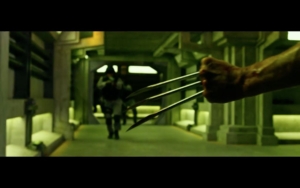 Also have a look at the latest EMPIRE covers below. 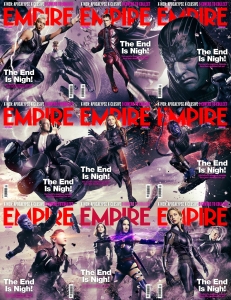 UPDATE: Check out the latest image of OLIVIA MUNN as ‘Psylocke’!

Regarding the character, Munn stated: “I’ve loved Psylocke for so long. She’s a really, really strong badass female character in this comic book world where a lot of times the women don’t get to be strong and badass. You see a lot of superheroes [who] don’t always want to kill, and they’ll avoid it if they can. She’s never had a problem killing, and I like that she was the bad guy that had no problem being the bad guy. She’s telekinetic and telepathic so she can read your mind. She can create anything with her mind. To win any fights, she can just create a mountain and have it fall down on you, but she chooses to create a sword so she can kill up close and personal. I always thought that was really cool and badass.”

UPDATE: Meet the ‘X-Men’ in the latest poster below! 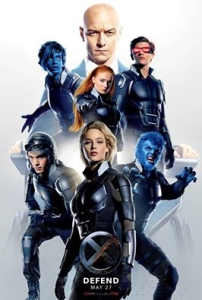 UPDATE: Have a look at the latest poster featuring ‘Apocalypse’ and his ‘Four Horsemen’! 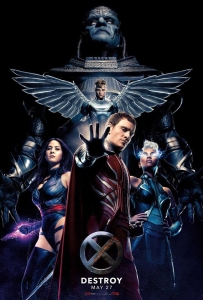 UPDATE: OLIVIA MUNN just did a Twitter Q&A revealing an all-new image of ‘Psylocke’ in action plus she also confirmed a major fight scene! 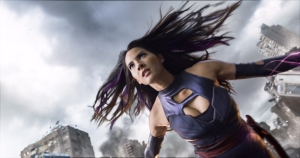 See the rest of her Q&A session HERE.

UPDATE: OLIVIA MUNN recently shared the latest image of herself as ‘Psylocke’ in full costume via her Instagram page!

To say hello to 2016, I’m gonna say GOODBYE TO 2015 with my Top 5 Favorite Memories of 2015 (that I can think of)… #4 Getting to play #Psylocke in #xmenapocalypse. She’s a telekinetic telepath who chooses to kill with a sword because she wants to do it up close and intimate and killing from afar just seems too easy and no fun. 💜 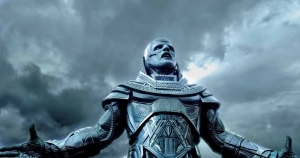 ‘Apocalypse’ is looking more like himself now don’t you think? So please, no more “Ooze” comparison.

That wink at the end tho! Awesome. UPDATE: Munn is definitely getting a ‘kick’ outta her training for ‘Psylocke’!

UPDATE: Check out OLIVIA MUNN working on her martial arts training for her role as ‘Psylocke’!

Yup, she definitely have the physicality to pull off this role. UPDATE: Official images have been release via ENTERTAINMENT WEEKLY featuring our first look at OLIVIA MUNN as ‘Psylocke’, ALEXANDRA SHIPP as ‘Storm’, and OSCAR ISAAC as ‘Apocalypse’! 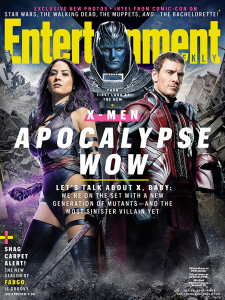 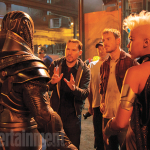 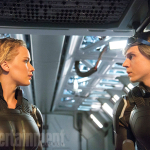 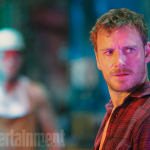 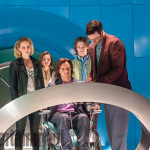 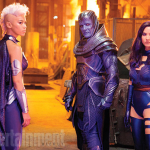 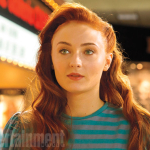 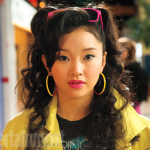 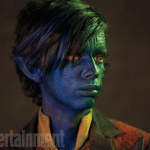 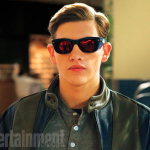 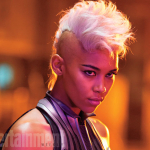 Everyone looks FANTASTIC and exactly like their comic-book counterpart. Unfortunately for the big bad ‘Apocalypse’, not so much. Hopefully with the magic of CGI in the finished product, that will change. It is also confirmed that ‘Psylocke’, ‘Storm’, ‘Angel’, and ‘Magneto’ will make up the ‘Four Horsemen’ and serve under ‘Apocalypse’. UPDATE: Late night host CONAN O’BRIEN interviews the cast including OLIVIA MUNN who speaks about her ‘Psylocke’ costume! 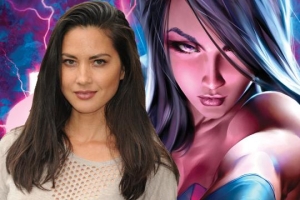 UPDATE: Have a look at OLIVIA MUNN’s sword training for ‘Psylocke’ via her official Instagram!

Damn…she is so PERFECT for the role! UPDATE: NEW on-set images of LANA CONDOR as ‘Jubilee’ and SOPHIE TURNER as young ‘Jean Grey’! 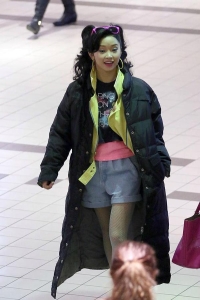 We also got the official image of KODI SMIT-MCPHEE as young ‘Nightcrawler’! BAMF! 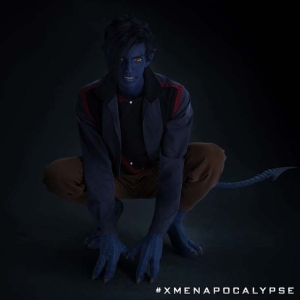 Along with Munn will be newcomer LANA CONDOR as ‘Jubilee’ 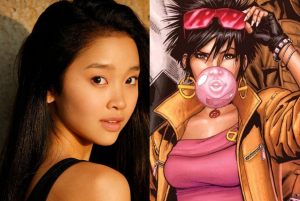 and BEN HARDY as ‘Warren Worthington III’ aka ‘Archangel’, one of Apocalypse’s ‘four horsemen’. 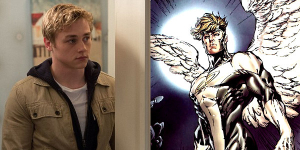 This installment is shaping up to be one of the biggest ‘X-Men’ film yet. This trio is set join the original cast including JAMES MCAVOY as ‘Charles Xavier’ aka ‘Professor X’, MICHAEL FASSBENDER as ‘Erik Lehnsherr’ aka ‘Magneto’, JENNIFER LAWRENCE as ‘Raven Darkholme’ aka ‘Mystique’, NICHOLAS HOULT as ‘Hank McCoy’ aka ‘Beast’ and EVAN PETERS as ‘Peter Maximoff’ aka ‘Quicksilver’.

In addition to the original members, the film will also feature young versions of ‘Scott Summers’ aka ‘Cyclops’ (played by TYE SHERIDAN), ‘Jean Grey’ (played by SOPHIE TURNER), ‘Storm’ (played by ALEXANDRA SHIPP), and ‘Kurt Wagner’ aka ‘Nightcrawler’ (played by KODI SMIT-MCPHEE)

But that’s not all! Fans MAY also get the introduction of the ragin’ cajun to the franchise (NOT counting ‘X-Men Origins: Wolverine) ‘Remy LaBeau’ aka ‘Gambit’ to be played by CHANNING TATUM! (You can read more about the upcoming ‘Gambit’ solo flick HERE.) 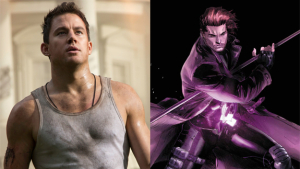 Oh yea, we can not forget about the big bad villain ‘Apocolypse’ with actor OSCAR ISAAC taking on the role.

There is currently no official words yet on weather HUGH JACKMAN will be appearing in the film as ‘Logan’ aka ‘Wolverine’. However, it IS confirmed that Jackman is set to return to the role for his third solo outing in ‘Wolverine 3’.

We will leave you with this awesome fan artwork of Olivia Munn as ‘Psylocke’. They really nailed this one. 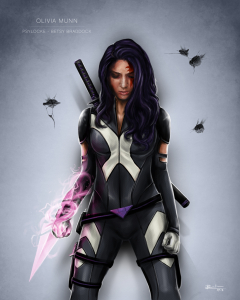