M.A.A.C. would like to wish a HAPPY 51st BIRTHDAY to the one and only martial arts superstar JET LI! I’ve grown up watching Jet’s movies. Back in 1991, the first time I saw Jet on-screen was in director TSUI HARK’s classic ONCE UPON A TIME IN CHINA. Jet as folk hero ‘Wong Fei Hung’ was so iconic and brilliant. As soon as that ‘Wong Fei Hung’ theme song came up and he started fighting with that signature stance, simply AWESOME. 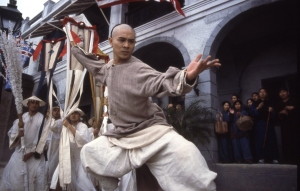 Jet will next be seen on the big screen this August in THE EXPENDABLES 3 alongside SLY STALLONE, JASON STATHAM, WESLEY SNIPES, UFC Champ RONDA ROUSEY, and many other action superstars that we all know and love.

After ‘The Expendables 3’ Jet will soon start production on FENG SHEN BANG, which will be co-directed by WILSON YIP (Ip Man, SPL) and KOAN HUI. This film will be based on the 16th-century Chinese novel Feng Shen Yan Yi, often translated as The Investiture of the Gods. The story tells of how King Zhou of Shang becomes a tyrant due to the wiles of Daji, a vixen spirit who is disguised as one of his concubines. After a series of battles involving mythological intervention, King Zhou of Shang is overthrown by King Wu of Zhou and his strategist Jiang Ziya (who will be played by Jet). In addition to Jet, this supernatural epic will have an all-star cast that includes HUANG XIAOMING (Ip Man 2), ANGELABABY (Tai Chi Zero), TONY LEUNG KA FAI (Cold War), LOUIS KOO (Flashpoint), and SHU QI (So Close). 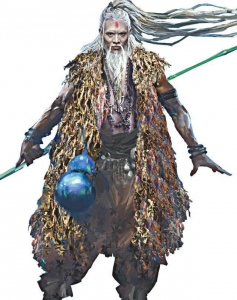 Here’s to a few more years of JET LI kickassery on the silver screen! HAPPY BIRTHDAY JET with many more to come!

To celebrate his Birthday, we would like to share with all of you a Jet Li video brilliantly edited by ADRIAN CONLON called SHOWDOWN. Check it out below!

Which Jet Li film introduced you to him? Comment below!