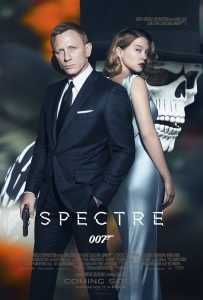 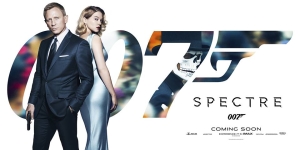 UPDATE: Have a look at the Standee Poster featuring new Bondgirl Léa Seydoux alongside Daniel Craig! 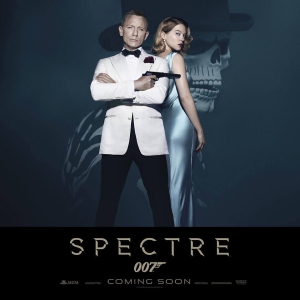 UPDATE: Meet ‘The Bond Women of SPECTRE’ in the featurette below!

SYNOPSIS: A cryptic message from the past sends James Bond on a rogue mission to Mexico City and eventually Rome, where he meets Lucia Sciarra (Monica Bellucci), the beautiful and forbidden widow of an infamous criminal. Bond infiltrates a secret meeting and uncovers the existence of the sinister organisation known as SPECTRE.

Meanwhile back in London, Max Denbigh (Andrew Scott), the new head of the Centre for National Security, questions Bond’s actions and challenges the relevance of MI6, led by M (Ralph Fiennes). Bond covertly enlists Moneypenny (Naomie Harris) and Q (Ben Whishaw) to help him seek out Madeleine Swann (Léa Seydoux), the daughter of his old nemesis Mr White (Jesper Christensen), who may hold the clue to untangling the web of SPECTRE. As the daughter of an assassin, she understands Bond in a way most others cannot.

As Bond ventures towards the heart of SPECTRE, he learns of a chilling connection between himself and the enemy he seeks, played by Christoph Waltz.

UPDATE: Check out the more action-oriented TV spot for SPECTRE during the NBA Finals!

Not much action here. This teaser is just giving us the ‘feel’ of the film. Look out for the full trailer soon! 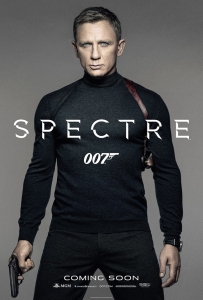 UPDATE: Here is the FIRST image of DAVE BAUTISTA as baddie henchman ‘Mr.Hinx’! 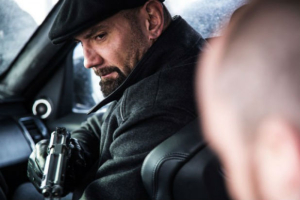 UPDATE: Check out the first official image of DANIEL CRAIG as ‘Bond’ and a behind-the-scene video on the set of SPECTRE! 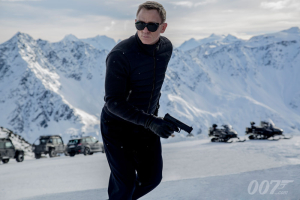 The next installment of the highly successful ‘James Bond’ franchise will officially be called SPECTRE!

For those unfamiliar with the ‘007’ mythology, SPECTRE is an acronym for “Special Executive for Counter-Intelligence, Terrorism, Revenge and Extortion”, and is a worldwide terrorist organization led by iconic Bond supervillain, ERNST BLOFELD. The villain was first introduced in 1962’s ‘Dr. No’. CHRISTOPH WALTZ (Inglorious Basterds) as ‘Oberhauser’, who is rumored to actually be ‘Blofeld’ 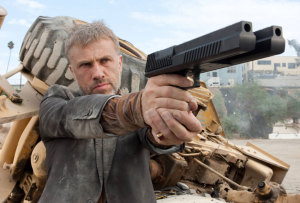 DAVE BAUTISTA (Guardians Of The Galaxy) as henchman ‘Mr. Hinx’ 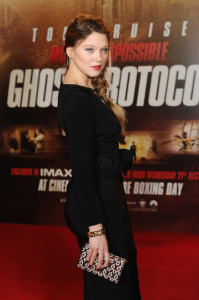 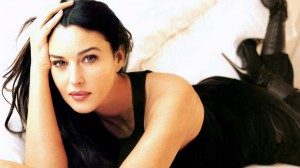 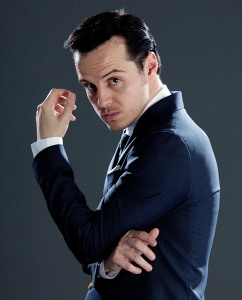 SYNOPSIS: A cryptic message from Bond’s past sends him on a trail to uncover a sinister organisation. While M battles political forces to keep the secret service alive, Bond peels back the layers of deceit to reveal the terrible truth behind SPECTRE.

‘Spectre’ will once again be directed by SAM MENDES (Skyfall) with a November 6th, 2015 release date.