UPDATE: Check out these two bloody awesome fight clips from the series along with two new posters below! 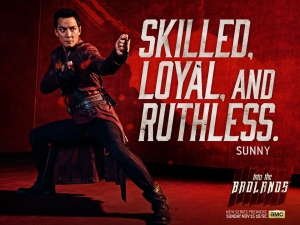 INTO THE BADLANDS premieres on Sunday, November 15th on AMC.

UPDATE: Have a look at the latest action-packed trailer!

UPDATE: Check out the new “No Mercy” trailer promo below!

UPDATE: INTO THE BADLANDS will officially premiere Sunday, November 15th at 10:00 p.m. ET/PT. on AMC.

SYNOPSIS: Into the Badlands” is set centuries from now, where a feudal society has emerged and the strongest and most brutal rose to wealth and power. This area came to be called the Badlands, and is divided among seven rival Barons who control the resources necessary to daily life and enforce their rule with the aid of loyal armies known as Clippers. Clippers enjoy status and comforts the general population can only dream of, and they are willing to sacrifice their lives in service to their Barons. Few Clippers ever live to see their 30th birthday, but Sunny (Daniel Wu) is no ordinary Clipper. Demonstrating lethal proficiency in martial arts, Sunny rose swiftly through the ranks to become Quinn’s (Marton Csokas) Head Clipper and most trusted advisor.

For decades, Quinn has been unchallenged as the Badlands’ most powerful Baron, but the territory’s newest Baron, The Widow (Emily Beecham), has begun staging brazen attacks on Quinn’s transport vehicles and is testing his appetite for a fight. One of those attacks leads Sunny to M.K. (Aramis Knight), a teenage boy who has survived a deadly ambush. Sunny soon comes to understand that the teen harbors a dark secret and has a hefty bounty on his head. As The Widow continues her campaign against Quinn, the destinies of the stoic assassin and the impetuous teenager become intertwined. In their evolution as teacher and student, each will discover his true purpose; together, they will embark on an odyssey that could mean the difference between chaos and enlightenment for everyone in the Badlands.

UPDATE: Check out the all new San Diego Comic-Con trailer along with a behind the scenes look at the ‘fight camp’ with fight choreographer KU HUEN CHIU aka ‘Master DeeDee’!

‘Master DeeDee’ is best known for being part of the legendary YUEN WOO PING’s crew who worked on such martial arts classics as ‘Iron Monkey’, ‘Once Upon A Time In China 2’, ‘Crouching Tiger, Hidden Dragon’, and ‘Kill Bill’.

UPDATE: First Poster for INTO THE BADLANDS is here! 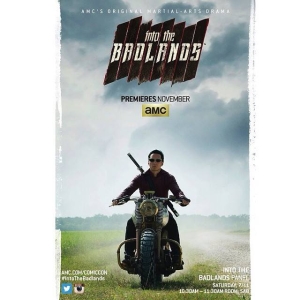 Produced by STEPHEN FUNG (Tai Chi Zero), this original martial arts drama will debut on the AMC network this November.

UPDATE: Looks like former MMA Champion and martial arts star CUNG LE have joined the cast of INTO THE BADLANDS! 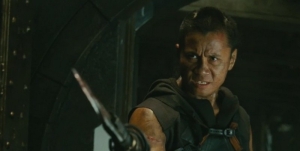 Leading man DANIEL WU made the announcement via his official Facebook page.

So happy to have my friend and legendary fighter Cung Le @cungle185 join our #IntoTheBadlands cast! We have known each… 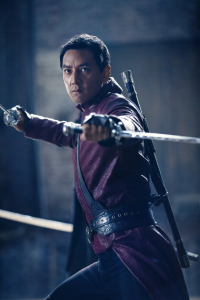 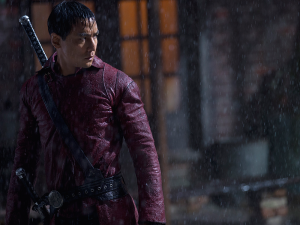 UPDATE: Check out the first TEASER for INTO THE BADLANDS premiering this Fall!

The english language series is described as a “genre-bending martial arts series very loosely based on the classic Chinese tale “Journey to the West.” In a land controlled by feudal barons, “Badlands” tells the story of a ruthless, well-trained warrior named Sunny (Wu) and a young boy who embark on a journey across a dangerous land to find enlightenment.”

For those who do not know, Wu was born in Berkeley, California and is fluent in English. He even got a few Hollywood films under his belt including ‘The Man With The Iron Fists’, ‘Europa Report’, and the upcoming blockbuster live-action adaptation of the video game ‘Warcraft’.

The series was created by writers AL GOUGH and MILES MILLER (Smallville), who are no strangers to the martial arts genre as they have also worked on Jackie Chan’s ‘Shanghai Noon’. The duo will team up with Wu as the show’s executive producers along with Oscar-nominated producers STACEY SHER and MICHAEL SHAMBERG (Pulp Fiction) and STEPHEN FUNG (Tai Chi Zero).

Six, one-hour episodes for ‘Badlands’ have been ordered by AMC. Expect the premiere to be in late 2015 or early 2016.