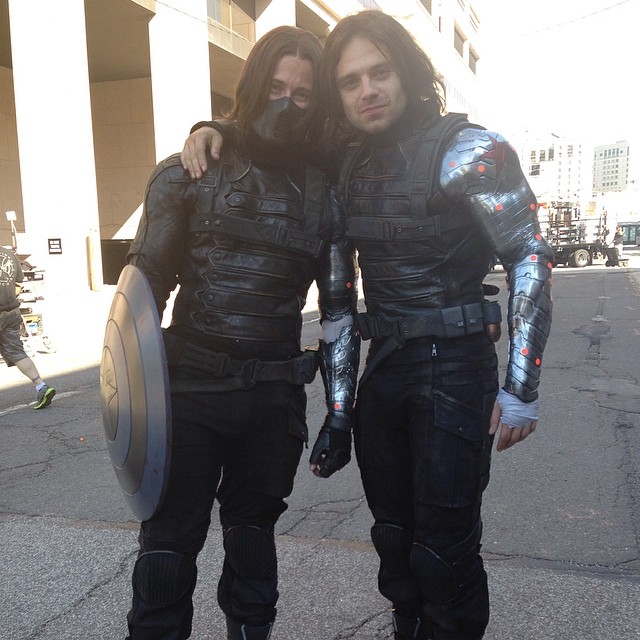 Ever wonder who was REALLY behind the super hero costumes during the AWESOME action scenes from CAPTAIN AMERICA: THE WINTER SOLDIER? The movie stars usually gets all the recognition, so we decided to highlight and give some love to the stunt guys who brought the action/fight scenes to life. Pictured below is Sebastian Stan’s Winter Soldier stunt double, JUSTIN SUNDQUIST and Chris Evans’ double, SAM HARGRAVE. 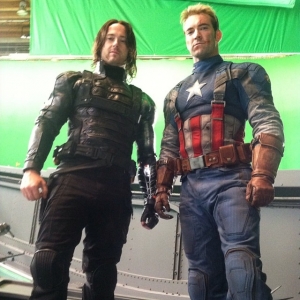 And here is a BEHIND-THE-SCENE look at how these guys bring the magic to life in these fight scenes:

Two more stunt guys that contributed to this film are stuntman, martial artist and action actor AARON TONEY and fellow stuntman and choreographer JAMES YOUNG. FILM COMBAT SYNDICATE recently sat down with these two for an extended interview. Check it out below:

In my honest opinion, ‘Captain America: The Winter Soldier’ is hands down the BEST ACTION FILM (not just ‘Superhero’ film) to come out of Hollywood in a long time thanks in large part to these guys. My fingers are crossed that the producers recognize how important these guys are for the success of this film and will bring them back for ‘Captain America 3’.