Looks like we will be getting a JUSTICE LEAGUE film sooner than later. Warner Bros. president of worldwide production Greg Silverman says that ‘Batman vs. Superman’ will lead into ‘Justice League’. Director ZACK SNYDER (Man of Steel, 300) will return to direct Superman along with his super friends in ‘Justice League’ immediately after he finishes ‘Batman vs. Superman’.

Beyond Superman (Henry Cavill), Batman (Ben Affleck), Wonder Woman (Gal Gadot), and the newly announced Cyborg (Ray Fisher, photo below), Silverman wouldn’t specify which superheroes would appear in ‘Justice League’. For those wondering, the founding members in the comics were Superman, Batman, Wonder Woman, Aquaman, Flash, Green Lantern, and Martian Manhunter. Personally, I would not mind if they added Green Arrow as well and have Stephen Amell (TV’s Arrow) reprise his role on the big screen. 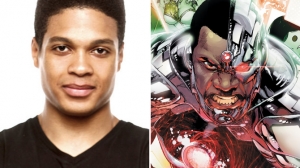 And for those of you still not convince that Gal Gadot (Fast & Furious 6) can pull off Wonder Woman, check out this fan-made movie poster below by graphic artist Jeff Chapman depicting what Gal may look like as the Amazonian Princess. Does this change your mind? 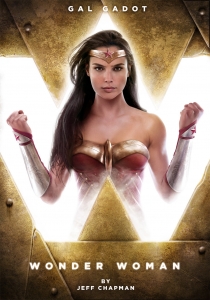