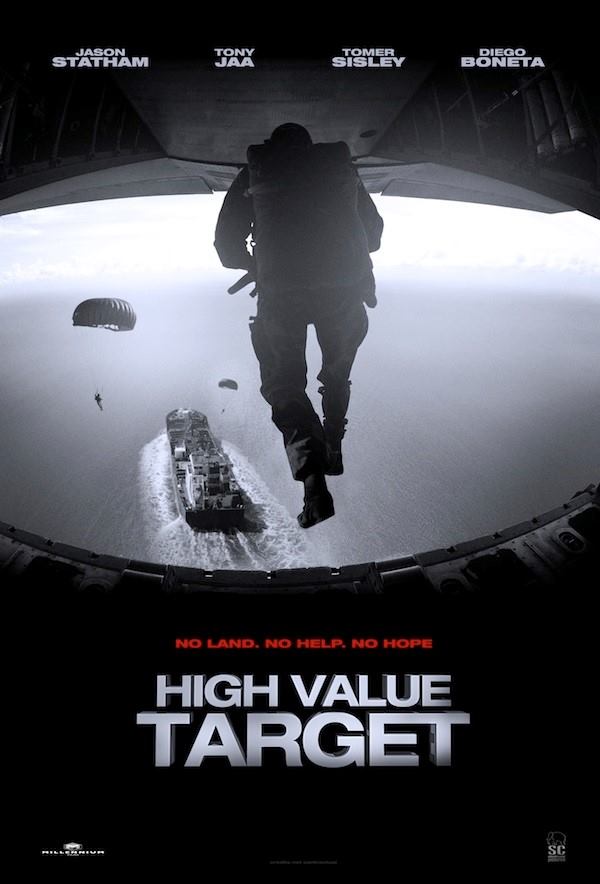 UPDATE: It is OFFICIAL, Thai martial arts star TONY JAA (SPL 2) will be joining his ‘Furious 7’ co-star Statham in HIGH VALUE TARGET! Check out the official Poster (above) for the film which made its debut at the 2015 Cannes Film Festival. 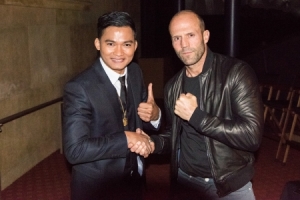 The movie is described as a mix between ‘Black Hawk Down’ & ‘The Raid’ with “much of the story being told with point of view cameras attached to members of the unit” to “ramp up the realism”.

JASON STATHAM (The Transporter) is set to star in HIGH VALUE TARGET, a film produced by Nu Image/Millennium Films, the same company behind ‘The Expendables’ franchise and the upcoming ‘Mechanic: Resurrection‘.

The plot follows “an international squad of private military contractors who infiltrate a cargo ship overrun by pirates in order to capture and extract a seemingly impossible High-Value Target — the pirate warlord.”

Sounds like this could be the plot of ‘The Expendables 4’ if you ask me. Actually, to think about it, the intro to the first ‘Expendables’ film is ALMOST exactly what this new film is all about! Here is a little reminder:

Statham can currently be seen in ‘Wild Card’ and as the main villain in the highly anticipated ‘Furious 7‘.

SOURCE: The Tracking Board