UPDATE: The latest posters have arrived! 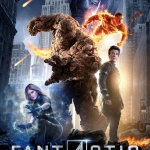 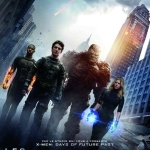 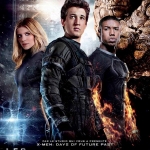 UPDATE: The FULL trailer for FANTASTIC 4 is HERE!

Best known for his hit hidden-footage superhero flick ‘Chronicle’, Trank’s version of the ‘Fantastic 4’ seems to lean towards the darker side with an origin story said to be inspired largely by the “Ultimate Fantastic Four” comics. Judging from the trailer, it looks like this reboot could be best describe as ‘Interstellar’ meets ‘Chronicle’.

The film stars ‘That Arkward Moment’ duo MILES TELLER as Reed Richards aka Mr. Fantastic and MICHAEL B. JORDAN as Johnny Storm aka Human Torch, KATE MARA (House Of Cards) as Susan Storm aka Invisible Woman, JAMIE BELL (Snowpiercer) as Ben Grimm aka The Thing, TOBY KEBBELL (Dawn Of The Planet Of The Apes) as Victor Domashev aka Doom, REG E. CATHEY (The Wire) as Dr. Franklin Storm, and TIM BLAKE NELSON (The Incredible Hulk) as Harvey Elder aka The Mole Man. 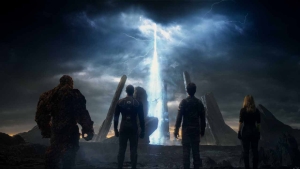 SYNOPSIS: The story centers on four young outsiders who teleport to an alternate and dangerous universe, which alters their physical form in shocking ways. Their lives irrevocably upended, the team must learn to harness their daunting new abilities and work together to save Earth from a former friend turned enemy.