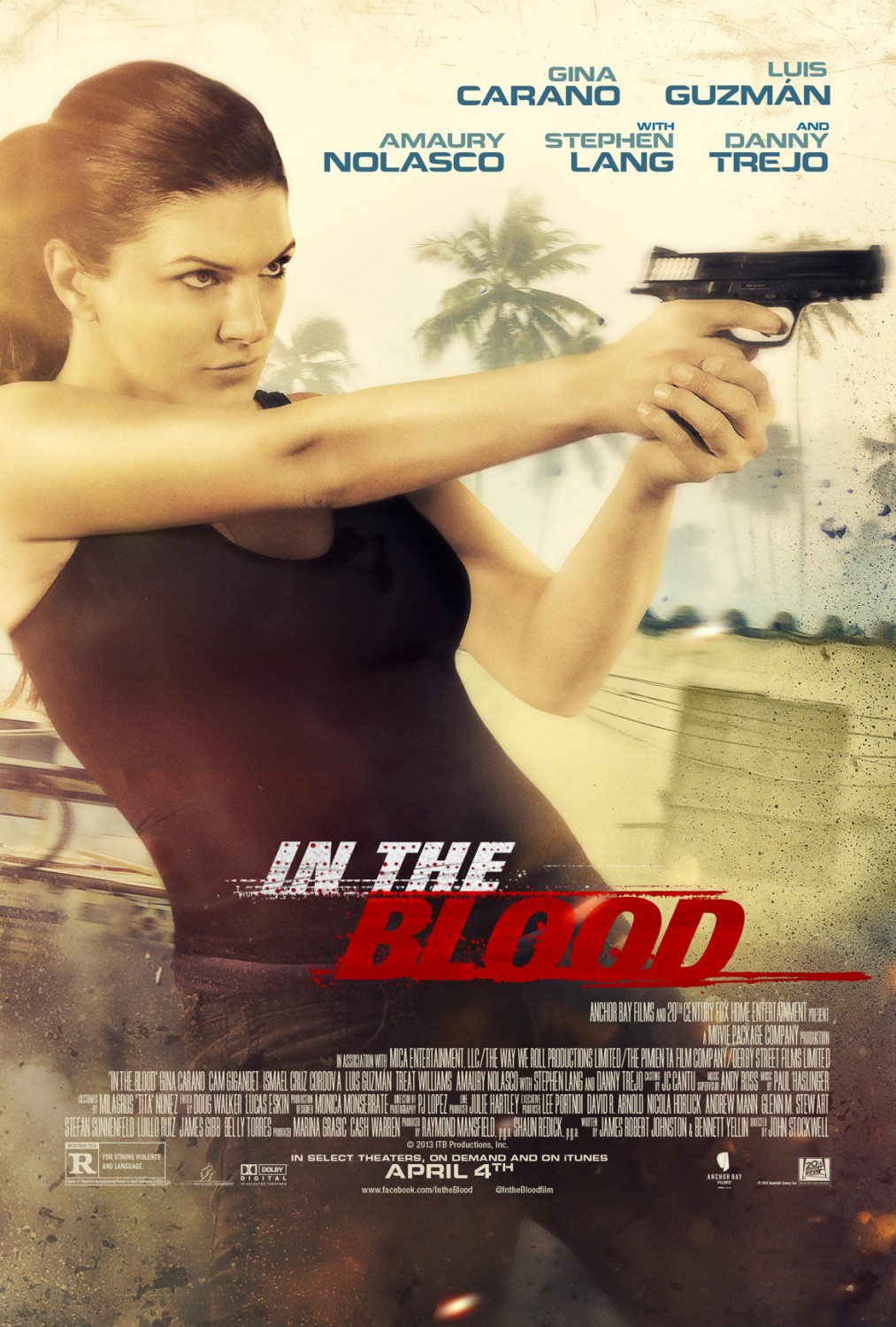 IN THE BLOOD can best be described as ‘Taken’ mixed with ‘Turista’. Former MMA star GINA CARANO (Haywire, Fast & Furious 6) plays newlywed ‘Ava’, who will stop at nothing to find her missing husband when things goes horribly wrong on their honeymoon in the Caribbean. 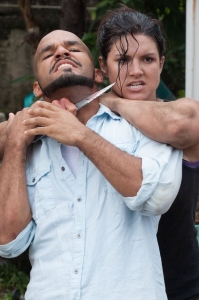 Carano gives no Oscar worthy performance, but she definitely improved quite a bit from ‘Haywire’ showing a wide range of emotion. But make no mistake, are we really watching this film for the acting? Or are we seeing this to watch Carano lay the smackdown on everyone she comes across? If its the latter, then you are in for a treat. Carano naturally looks very convincing kickin’ butt on screen with her MMA background. Unfortunately, a lot of the action scenes are ruined by the dreadful ‘shaky cam’-technique that Hollywood directors seem to love. But for the few scenes that we do see clearly, they are definitely raw, hard-hittin’, and straight to the point. The fight scenes ain’t about looking pretty, but more so to kill the opponent as quickly as possible.

It looks like Carano seem to improve on every film she does. So she can only get better from here. Hopefully more projects will come her way because this girl is too physically talented (not to mention being drop-dead gorgeous) to not make it big as a legit female action hero. As for the overall film, I will say its a poor man’s ‘Taken’ at best with some surprisingly suspenseful moments.