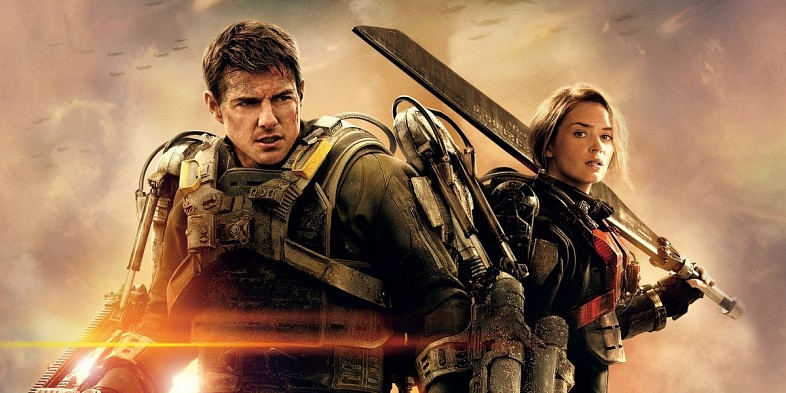 UPDATE: The long awaited sequel to Edge Of Tomorrow is back on the fast track as Matthew Robinson (The Invention Of Lying) has been brought on to work on the script.

Cruise is currently finishing up Top Gun 2 along with two more Mission: Impossible films scheduled to film back-to-back later this year. So do not expect Edge Of Tomorrow 2 to hit theaters anytime soon.

UPDATE: The title for the sequel is officially called LIVE DIE REPEAT AND REPEAT with EMILY BLUNT confirmed to return alongside TOM CRUISE.

Very interesting. So does this mean it will take place after AND before the events of the first film? We will have to wait quite a while to find out. Liman, Cruise, and Blunt all have other projects lined up through next year.

EDGE OF TOMORROW 2 most likely would not go into production until sometime in 2018.

UPDATE: EDGE OF TOMORROW 2 have been officially greenlit with the original crew returning!

CHRISTOPHER MCQUARRIE will be back as producer and oversee the script to be written by Joe Shrapnel and Anna Waterhouse. DOUG LIMAN is also expected to return as director with both TOM CRUISE and EMILY BLUNT back as leads.

Despite underwhelming return at the domestic box office with a bit over $100 million, the highly entertaining EDGE OF TOMORROW still grossed over $360 million worldwide. This number leaves open an opportunity for a sequel and star TOM CRUISE is all for it.

Cruise recently spoke to MTV stating: “I pitched it to [Rogue Nation director and Edge of Tomorrow screenwriter Christopher] McQuarrie and [Edge of Tomorrow director] Doug [Liman]. We were there one night and I was like, I’ve got an idea for it.”

And he really wants co-star EMILY BLUNT to return as well adding: “It could be so much fun. Gotta get Emily. I was like ‘Emily, please.’ She was like, ‘give me another year, please.’”

I vote HELL YES to EDGE OF TOMORROW 2. Now I’m just really curious what Cruise’s “idea” for the sequel is.