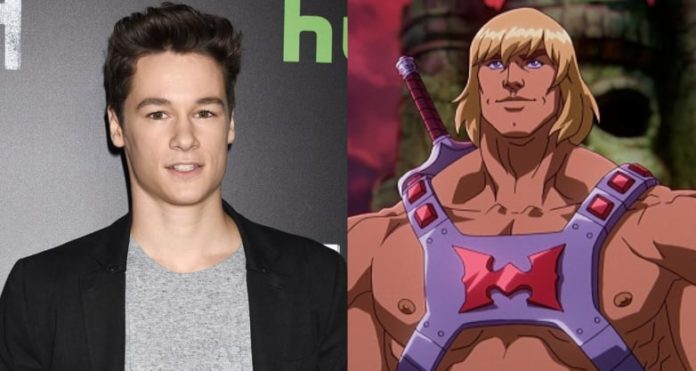 UPDATE: The long in-development Masters of the Universe project has now moved from Sony Pictures to streaming giant Netflix with Mattel Films. However, Sony Pictures will still keep the rights to the film in China.

The studio has found its leading man in Kyle Allen (West Side Story), who has been cast to portray He-Man in the upcoming live-action film.

Adam and Aaron Nee (The Lost City) are set to direct with a screenplay they wrote with David Callaham (Shang-Chi and the Legend of the Ten Rings).

“Masters of the Universe is an iconic property that shaped the imaginations of an entire generation of kids with the message of becoming the best version of yourself. With our partners at Netflix, we look forward to showing audiences that anything can happen in Eternia. We are continuing to unlock this global franchise in new ways, and we can’t wait to see Kyle battle it out with Skeletor in this epic live-action saga,” said Robbie Brenner, executive producer of Mattel Films.

Originally starring Dolph Lundgren in the 1987 live action cult-classic Masters of the Universe, a remake is in the works over at Sony Pictures and Escape Artists.

The film has long been in development with multiple writers taking a crack at the script including Jeff Wadlow (Kick-Ass 2) and Terry Rossio (Pirates of the Caribbean). Now the studio have brought on Christopher Yost (Thor: The Dark World) to try his hands on penning the script.

For those unfamiliar with the He-Man franchise based off of the 1983 Mattel cartoon, the story takes place on the planet of Eternia and follows “a warrior named Prince Adam who has the power to transform into the heroic He-Man. His nemesis is a villain named Skeletor who seeks to conquer a fortress known as Castle Grayskull in order to learn the secrets held within.”

Director Jon M. Chu (G.I. Joe: Retaliation) was previously attached to helm the project but nothing has been finalized.