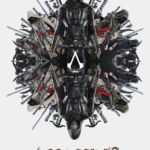 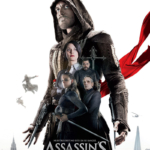 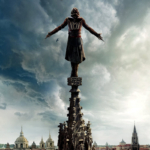 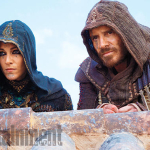 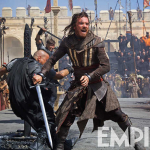 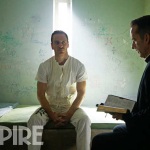 Fassbender revealed to ENTERTAINMENT WEEKLY that he never played the game before taking on the role: “I hadn’t played it before these guys approached me. I’ve played it since mainly to get an idea of the physicality of the character. We’re striving to find something special. We believe the whole concept around it is special and want to service that the best we can. The fans are really passionate: very specific and they expect accuracy and historical detail. We’re really trying to capitalize and feed on and enjoy the fun element. We’re working hard to make this something special.”

UPDATE: Have a look at these new on-set images of MICHAEL FASSBENDER and co-star BRENDAN GLEESON! 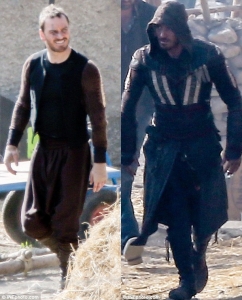 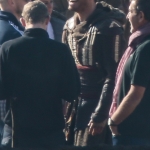 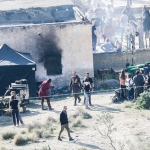 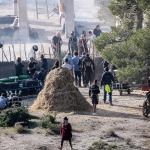 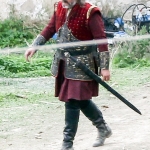 Check out the very first look at MICHAEL FASSBENDER (X-Men: Days Of Future Past) in FULL COSTUME for the cinematic adaptation of the hit video game ASSASSIN’S CREED (via YAHOO)! 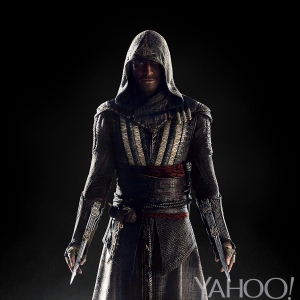 Fassbender plays a brand new character specifically created for the film named ‘Callum Lynch’. ‘Lynch’ is “a descendant of the secret Assassins society through unlocked genetic memories that allow him to relive the adventures of his ancestor, Aguilar, in 15th Century Spain. After gaining incredible knowledge and skills he’s poised to take on the oppressive Knights Templar in the present day.”

The film also co-stars MARION COTILLARD (The Dark Knight Rises), MICHAEL KENNETH WILLIAMS (12 Years a Slave), and ARIANE LABED (Before Midnight) with production set to start in Malta, London, and Spain next week.

Directed by JUSTIN KURZEL (Macbeth), ‘Assassin’s Creed’ is set to jump into theaters on December 21st, 2016.