UPDATE: SAVING MR. WU will be getting a limited U.S. theatrical release on October 2nd! 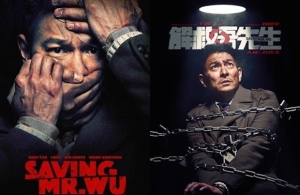 Based on actual events back in 2004 about a celebrity kidnapping case, Lau portrays Hong Kong star ‘Mr. Wu’ who gets captured by six criminals disguised as police officers.