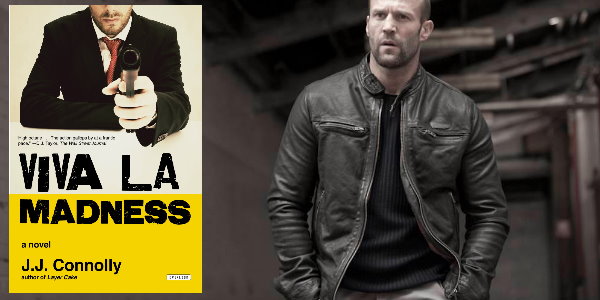 Based on J.J. Connolly’s second crime novel, ‘Viva La Madness’ follows an “anonymous hero” who “is stranded in the Caribbean itching for the criminal life he left behind–but he’s still a wanted man back home. Soon he joins forces with two robust London gangsters: the menacing Sonny King and his paranoid partner Roy “Twitchy” Burns.”

Connolly will also be handling the script for the action-drama as Statham stated: “The way J.J. writes is so on the ball and authentic it’s hard to let any of it go. Trying to lose characters or shave down scenes every other page didn’t work, we wanted it all. The best place was a 10 hour plus show that lets you fully disappear into Connolly’s world.”

Statham ass-kickin’ once a week on television? Count me in!