UPDATE: The first Trailer is here along with the Poster (above)! 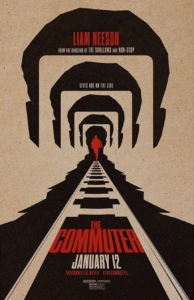 LIAM NEESON (Taken) is set to re-team with director JAUME COLLET-SERRA (Non-Stop, Run All Night) for the THIRD time in THE COMMUTER.

The new thriller will see Neeson portray “a businessman whose daily commute home gets him caught up in a criminal conspiracy as he learns of a deadly plan unfolding on the train.”

So basically its ‘Non-Stop’ on a train. Hey, if the formula works, why change it?