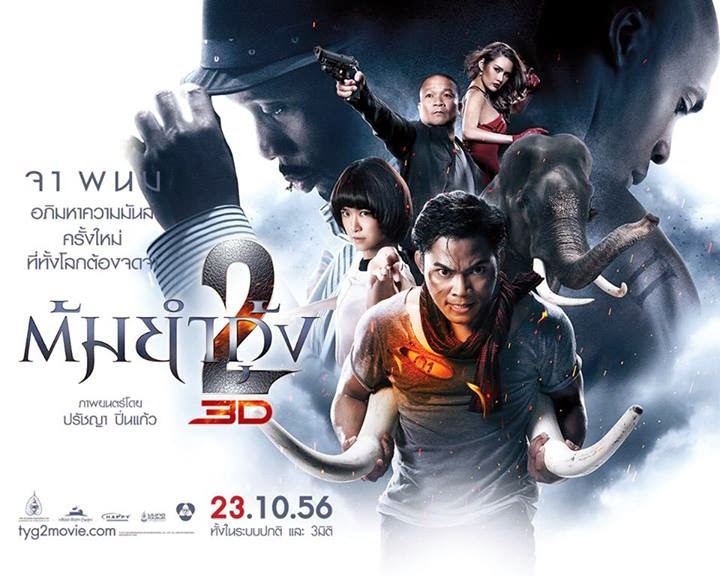 In 2005, ‘Tom Yum Goong’ aka ‘The Protector’ was release as TONY JAA’s follow-up to his jaw dropping debut ‘Ong Bak’. Needless to say, it did not disappoint with Jaa’s signature bone crunchin’ fight scenes and death defying ‘no wire’ stunts. Sadly the sequel did not live up to it’s expectation despite the addition of JEEJA YANIN (Chocolate) and martial artist MARRESE CRUMP

TOM YUM GOONG 2 pretty much rehashed the story of part one as Kham’s (Jaa) elephant is stolen (AGAIN!!! REALLY???) by ruthless gangster LC (played horribly by The RZA) in attempt of a terrorist plot. Ok, I will let the ridiculous plot slide this time because we all know we went into this film for the ACTION, right? Unfortunately, the action was not that great either.

What made the first one so good was that Jaa stayed true to his no-wire stunts and awesome hand-to-hand combat. In the sequel, the director went with the 3D gimmick and staged most of the stunts with obvious wire/CGI assistants. The fights were a disappointment as well. Fans like myself were super excited to see the addition of Jeeja Yanin, but her role was insignificant and she seems to get her butt kicked more than the other way around. We do not even get to see a decent Jaa vs Yanin fight! Its such a big let down to see such an awesome martial artist like Yanin get wasted like this. 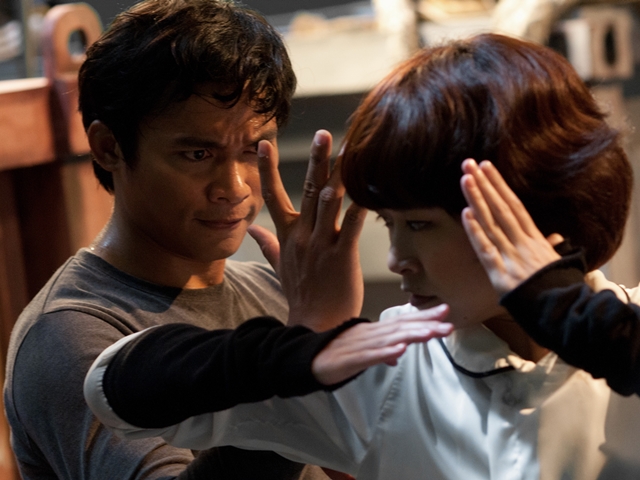 The only saving grace in this film is Marrese Crump. His fight against Jaa is definitely the highlight of the movie. Crump’s martial arts ability is second to none and it shows. His exchange with Jaa is hard hitting and brutal. 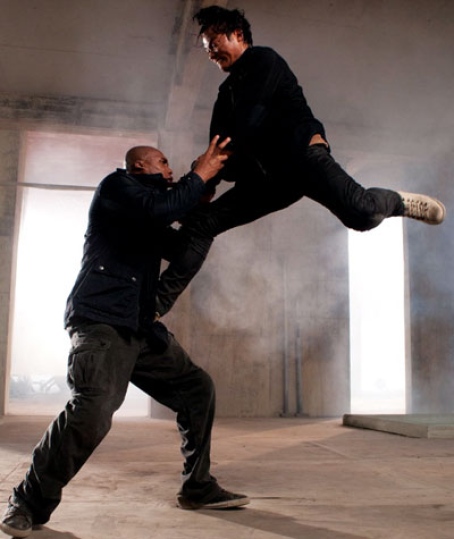 Do not even get me started on The RZA vs Jaa finale. Am I really suppose to believe The RZA can lay the smack down on Jaa like that??! I’m sorry, but The RZA need to stay away from acting all together. Do not get me wrong, I respect his love for martial arts, but all his roles are cringe-worthy bad. Its best that he stays behind-the-scene and continue directing and scoring movies (he did a decent job with ‘The Man With The Iron Fists’).

As for Jaa himself, it almost looks like he was bored throughout this film. Nothing he did was memorable. Compared to part one, I can name a handful of scenes that I absolutely loved: 1. Jaa vs Thugs in the long uncut stairway fight, 2. Jaa vs Johnny Nguyen, 3. Jaa bone crackin’ fight vs 50 thugs, 4. Jaa vs 4 giant wrestlers, and so on.

Hopefully we will get to see a rejuvenated and more interesting Tony Jaa for his upcoming projects in Hollywood and Hong Kong (Fast And Furious 7, Skin Trade, and SPL 2). A change of scenery and film crew from his usual Thai productions will definitely freshin’ things up.