UPDATE: The Final Trailer is here!

SYNOPSIS: After surviving a near fatal bovine attack, a disfigured cafeteria chef (Wade Wilson) struggles to fulfill his dream of becoming Mayberry’s hottest bartender while also learning to cope with his lost sense of taste. Searching to regain his spice for life, as well as a flux capacitor, Wade must battle ninjas, the yakuza, and a pack of sexually aggressive canines, as he journeys around the world to discover the importance of family, friendship, and flavor – finding a new taste for adventure and earning the coveted coffee mug title of World’s Best Lover.

DEADPOOL 2 slices and dices into theaters on May 18th.

UPDATE: Latest Poster sees ‘Deadpool’ channeling his inner ‘Flashdance’ along with the Full Trailer below! 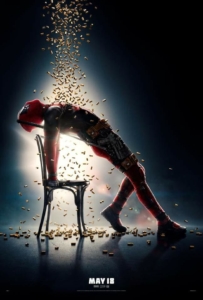 UPDATE: Check out the hilarious Teaser Trailer below! 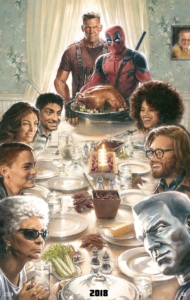 UPDATE: The FIRST images of JOSH BROLIN as ‘Cable’ has been released! 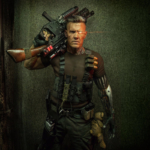 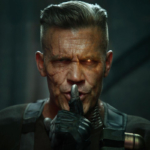 UPDATE: Check out the FIRST image of ZAZIE BEETZ (Atlanta) in full costume as ‘Domino’!

Some people just know how to work a red carpet. #Domino #DeadPool2

UPDATE: Star RYAN REYNOLDS just posted the FIRST image of himself in FULL costume from the set of DEADPOOL 2.

UPDATE: A release date has been set for June 1st, 2018! Production will start this June.

UPDATE: After weeks of rumors, ‘Cable’ has finally been cast and it is none other than JOSH BROLIN (Sicario)! 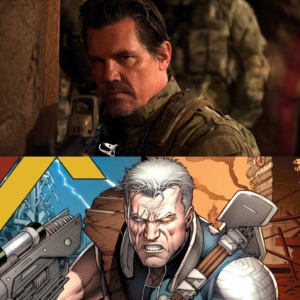 No stranger to the comic book universe, Brolin will also be seen in the upcoming ‘Avengers: Infinity War’ as the villain ‘Thanos’.

His deal for the role of ‘Cable’ is a four picture deal which most likely includes the planned ‘X-Force’ movie and a third ‘Deadpool’.

UPDATE: ‘Deadpool’ himself RYAN REYNOLD just announced the casting for ‘Domino’ via Twitter! 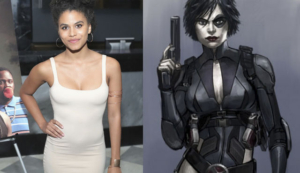 UPDATE: The “merc with a mouth’ is back! Here is the first TEASER for DEADPOOL 2!

UPDATE: DAVID LEITCH is officially confirmed to direct DEADPOOL 2! Leitch better go all out with this one because it looks like FOX and the producers are going the ‘Mission: Impossible’ route of hiring a new director for each installment.

A search is already underway for another filmmaker for ‘Deadpool 3’.

But lets not get too far ahead of ourselves and look forward to ‘Deadpool 2’. Leitch will no doubt up the ante in the action department. Prepare for some ‘wick’ed mayhem.

UPDATE: Looks like we have a front-runner in ‘John Wick’ co-director DAVID LEITCH (below, right) to replace Tim Miller! 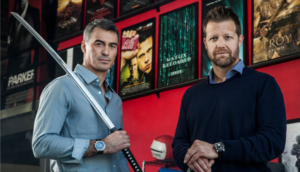 Reports are saying FOX is eyeing Leitch as their top choice to take over the helm on DEADPOOL 2. No stranger to Marvel films, Leitch is a veteran stuntman who helped elevated the action in ‘Blade’, ‘The Wolverine’, Netflix’s ‘Daredevil’, and ‘Captain America: Civil War’. Along with the overwhelming success of the action-thriller ‘John Wick’ both critically and financially, Leitch seems to be the perfect man for the job.

No offer have been made…YET. So stay tuned for confirmation.

Considering the major success of ‘Deadpool’ critically and financially, this comes as a major surprise as director TIM MILLER have chosen to exit the sequel.

Reports are saying he left due to “creative differences” with star and producer RYAN REYNOLDS. Apparently Miller wanted DEADPOOL 2 to be a more “stylistic and unique” film visually but Reynolds wants to focus more on the “raunchy comedy”. I really do not see why they could not combine the two ideas. 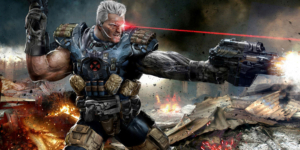 But that is just the first reason. The second reason is that the two are budding heads over who should be cast as ‘Cable’. Miller is very keen on casting KYLE CHANDLER (Friday Night Lights) as the gun-toting futuristic hero, but Reynolds is not feeling it.

So it seems the studio have sided with Reynolds and is now actively seeking a new director for the highly anticipated sequel.

Who would you want to take the helm for ‘Deadpool 2’? My vote is for GARETH EVANS (The Raid) or MATTHEW VAUGHN (Kingsman, Kick-Ass).