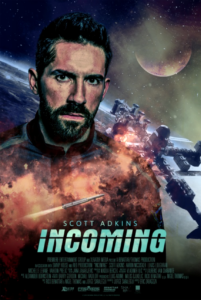 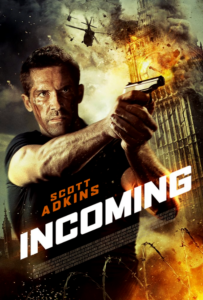 The film takes place on an “International Space Station, now a prison — the ultimate black site. No one’s getting out. And no one knows it’s there. But when the imprisoned terrorists take over the Station and turn it into a missile aimed at Moscow, only a shuttle pilot and a rookie doctor can stop them. Their task is complicated by a rogue CIA agent (Adkins) who has his own plans for the station and the terrorists within.”

Produced by Rick Benattar (Shoot ‘Em Up, Real Steel) and Nigel Thomas (Street Fighter: Assassin’s Fist), ‘Incoming’ will be distributed in North America via XLRATOR MEDIA. XLrator Media CEO Barry Gordon stated: “We are excited to work with Scott Adkins again after our collaboration on CLOSE RANGE. He is one of the best action heroes and martial artists in the world today.”