UPDATE: The Official Trailer for FOXTROT SIX is here! 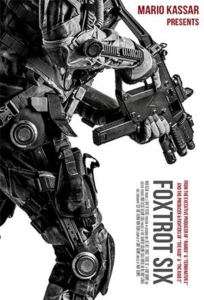 UPDATE: JULIE ESTELLE (Headshot) aka ‘Hammer Girl’ from ‘The Raid 2’ has joined the cast!

The film will also feature a few other familiar faces from ‘The Raid’ franchise including ARIFIN PUTRA, OKA ANTARA and VERDY SOLAEMAN. Along with Uwais, Ruhian, and Rahman, it looks like FOXTROT SIX is rounding up to be a giant ‘The Raid’ reunion.

From producer MARIO KASSAR, the man behind ‘Universal Soldier’ and ‘The Terminator’ franchise, comes the Indonesian sci-fi action thriller FOXTROT SIX. First time director RANDY KOROMPIS is at the helm with ARIO SAGANTORO (The Raid) producing alongside Kassar.

Action choreography will be handled by none other than ‘Mad Dog’ himself YAYAN RUHIAN and CECEP ARIF RAHMAN (The Raid 2). 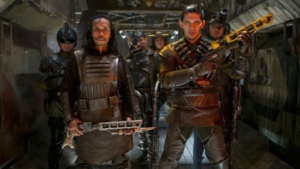 To finish rounding up the whole ‘Raid’ crew, words are coming out (via Twitter) that IKO UWAIS (The Raid, Headshot) may be joining the cast!

@Saverio34 another indonesian action film, mario kassar as a producer, with the cast n crew from the raid/raid 2. I guess iko will join too