UPDATE: Red Band Trailer #2 is HERE along with the final Poster! 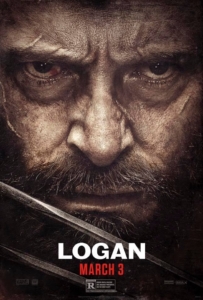 UPDATE: The OFFICIAL synopsis for the film has been released!

“In the near future, a weary Logan cares for an ailing Professor X in a hide out on the Mexican border. But Logan’s attempts to hide from the world and his legacy are up-ended when a young mutant arrives, being pursued by dark forces.” 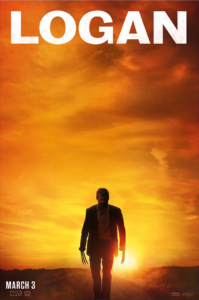 Yup. That must hurt. HUGH JACKMAN will go berserk for the very last time as ‘Wolverine’ when LOGAN is released on March 3rd, 2017.

UPDATE: The FIRST image of HUGH JACKMAN as old man ‘Logan’ have been released! 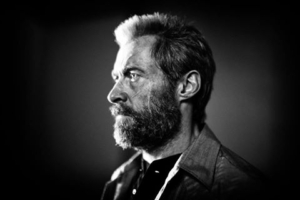 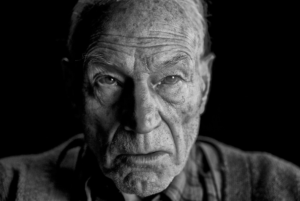 The film Official Instagram page also shared this image below confirming LOGAN will definitely be an R-Rated feature.

UPDATE: The OFFICIAL Poster have been released confirming the title to the third installment of the ‘Wolverine’ trilogy to be called LOGAN! 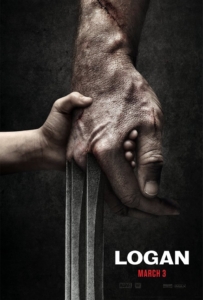 LOGAN is set to slash into theaters with HUGH JACKMAN as ‘Wolverine’ for the very LAST time on March 3rd, 2017! 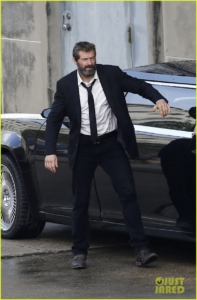 “It takes place in the future, and as you and others have reported, it is an R-rated movie. It’s violent, it’s kind of like a western in its tone. It’s just a very cool, different film.”

Wolverine’s berserker barrage will be on full display in all its violent glory on March 3rd, 2017.

UPDATE: Thanks to the unbelievable box office success of ‘Deadpool’ over the weekend ($150+ million!), studios are now willing to take a risk on R-rated comic book movies and it just might start with WOLVERINE 3!

The news comes from a pamphlet FOX studios handed out to guests at their Toy Fair presentation that a Reddit user posted online. The logo for Wolverine 3 is featured above the theatrical release date, home entertainment release date, and anticipated MPAA rating as “R”.

It is rumored that this third and final installment will follow the “Old Man Logan” storyline which fits perfectly with an R rating.

‘Wolverine’ finally going BERSERK and slicing everyone in his path without restrictions? Count me in.

The film will once again be directed by JAMES MANGOLD (The Wolverine).

There is some rumor reports coming out that Hong Kong actress SHU QI (So Close) is being sought after by MARVEL to play female Wolverine clone X-23! 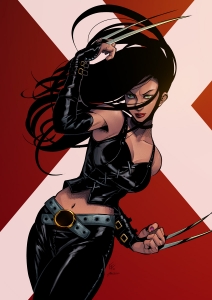 For those unfamiliar with the character, X-23 is the result of the 23rd attempt at cloning Wolverine with his DNA. She possess the same healing power as Wolverine but instead of having three claws on each hand, she got two on each hand and one on each foot. 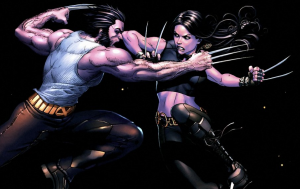 The rumor started after a recent Toyota car commercial shoot that Shu Qi and HUGH JACKMAN (The Wolverine) just finished together. Apparently they had great chemistry together and became very close friends. 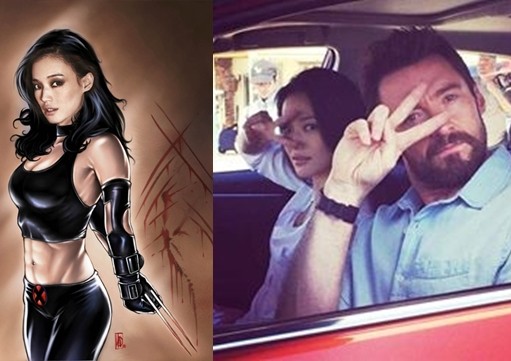 Shu Qi is best known to American audiences when she made her Hollywood debut in 2002’s THE TRANSPORTER with action star JASON STATHAM. 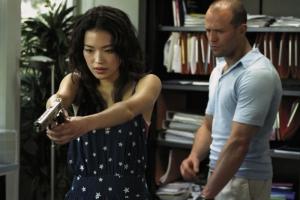 Do you think Marvel should cast Shu Qi to follow fellow Asian super star FAN BINGBING’s (X-Men: Days Of Future Past) footsteps and break out in a big superhero franchise? Comment below!