From independent filmmaker CHRIS CHUNG (Handuken) comes the latest action-comedy short SOHO JIMBO. Combining elements from Jackie Chan’s classic physical martial arts comedy with the camera work and narration style of ‘Deadpool’, the film follows a man who has been mistaken for world-renowned hitman ‘Soho Jimbo’ and must fight to survive.

Regarding the action, director Chung stated:

“With the action you will see I like to let the action flow, build momentum and show the geography of the scene, so hopefully the audience feels just as involved as the characters, because they know where they are between the kicks and punches! For me, the way a character fights and reacts is also an attribute to the performance, a huge inspiration for the action was both ‘Kung Fu Panda’ and Jackie Chan’s life’s work.” 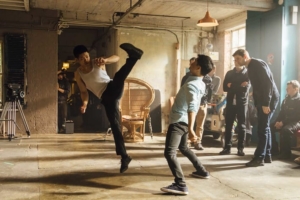 Impressively done in just two days, ‘Soho Jimbo’ may lead to a feature length film. Would you like to see a SOHO JIMBO Movie? Comment below.

Learn more about the short at the SOHO JIMBO Official Facebook Page. 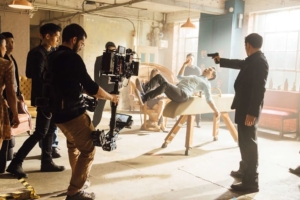