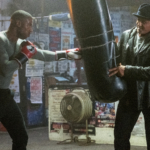 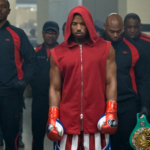 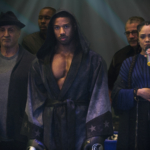 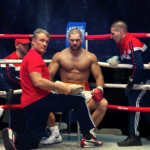 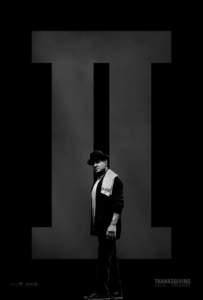 UPDATE: Have a look at the first Poster and Trailer below!

SYNOPSIS: Life has become a balancing act for Adonis Creed. Between personal obligations and training for his next big fight, he is up against the challenge of his life. Facing an opponent with ties to his family’s past only intensifies his impending battle in the ring. Rocky Balboa is there by his side through it all and, together, Rocky and Adonis will confront their shared legacy, question what’s worth fighting for, and discover that nothing’s more important than family. Creed II is about going back to basics to rediscover what made you a champion in the first place, and remembering that, no matter where you go, you can’t escape your history. 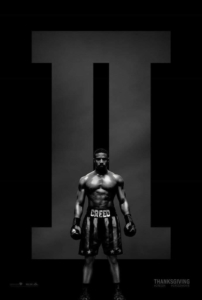 UPDATE: Production has officially begun on CREED 2 as SYLVESTER STALLONE shared a clip straight from the set (via Instagram)! 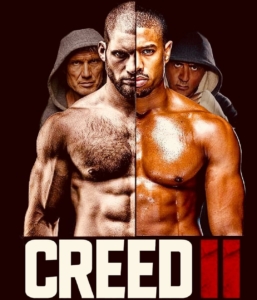 UPDATE: The role of Ivan Drago’s son has officially been cast and it is none other than real life Romanian boxer FLORIAN ‘BIG NASTY’ MUNTEANU! 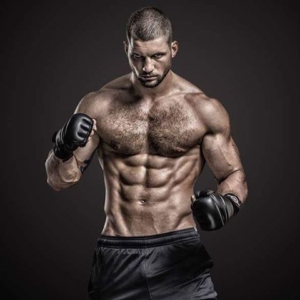 It also looks like plans has changed and SYLVESTER STALLONE will be handing over directing duties to someone else. Stallone announced via Instagram that talented young filmmaker STEVEN CAPLE JR. (The Land) is set to direct CREED 2.

UPDATE: CREED 2 is currently casting the role of Ivan Drago’s son and none other than UFC star SAGE NORTHCUTT has thrown himself into the runnings.

Would you like to see this happen? Check out what Northcutt would look like facing off with star MICHAEL B. JORDAN in fan-made Poster by the awesome BOSSLOGIC below. 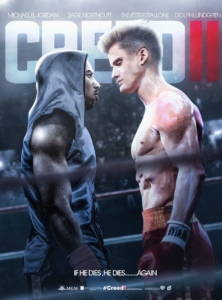 UPDATE: SYLVESTER STALLONE is officially taking over the director’s chair for CREED 2 from original helmer Ryan Coogler. He will also serve as producer along with co-starring in the film. Sly confirmed this via Instagram.

Looking forward to directing and Producing The incredibly talented Michael B Jordan in CREED 2 next year … One more Round ! #creed2 #mgm #fighting #workout #exercise #boxing

SYLVESTER STALLONE is currently working on the script for the sequel to 2015’s box office hit ‘Creed’ that earned him a Golden Globes win for best supporting actor. Sly has been dropping major hints that a certain Russian badass may be returning to the ‘Rocky’ universe in the form of DOLPH LUNDGREN’s ‘Ivan Drago’ from ‘Rocky IV’!

Something Very wicked is coming this way… Sins of the Sons … #dolphlundgren #creed #rockybalboa#rockybalboa.1976

The original ‘Creed’ followed an aging ‘Rocky Balboa’ as he trains MICHAEL B. JORDAN’s ‘Adonis Creed’. As we all know, Adonis’ father ‘Apollo Creed’ was killed by ‘Drago’ in ‘Rocky IV’. What will happen when Adonis meets his father’s killer face to face? Perhaps Drago have a son and Adonis fights him in the ring in the ultimate grudge match?

CREED 2 will most likely start production once director RYAN COOGLER finishes up his work on Marvel’s ‘Black Panther’.