UPDATE: See the Full Trailer below!

ARON EGERTON (Kingsman: The Golden Circle) trades in his ‘Kingsman’ suit for a hood and arrows in the origins story of ROBIN HOOD. 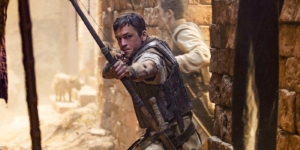 SYNOPSIS: Robin of Loxley (Taron Egerton) a war-hardened Crusader and his Moorish commander (Jamie Foxx) mount an audacious revolt against the corrupt English crown in a thrilling action-adventure packed with gritty battlefield exploits, mind-blowing fight choreography, and a timeless romance.