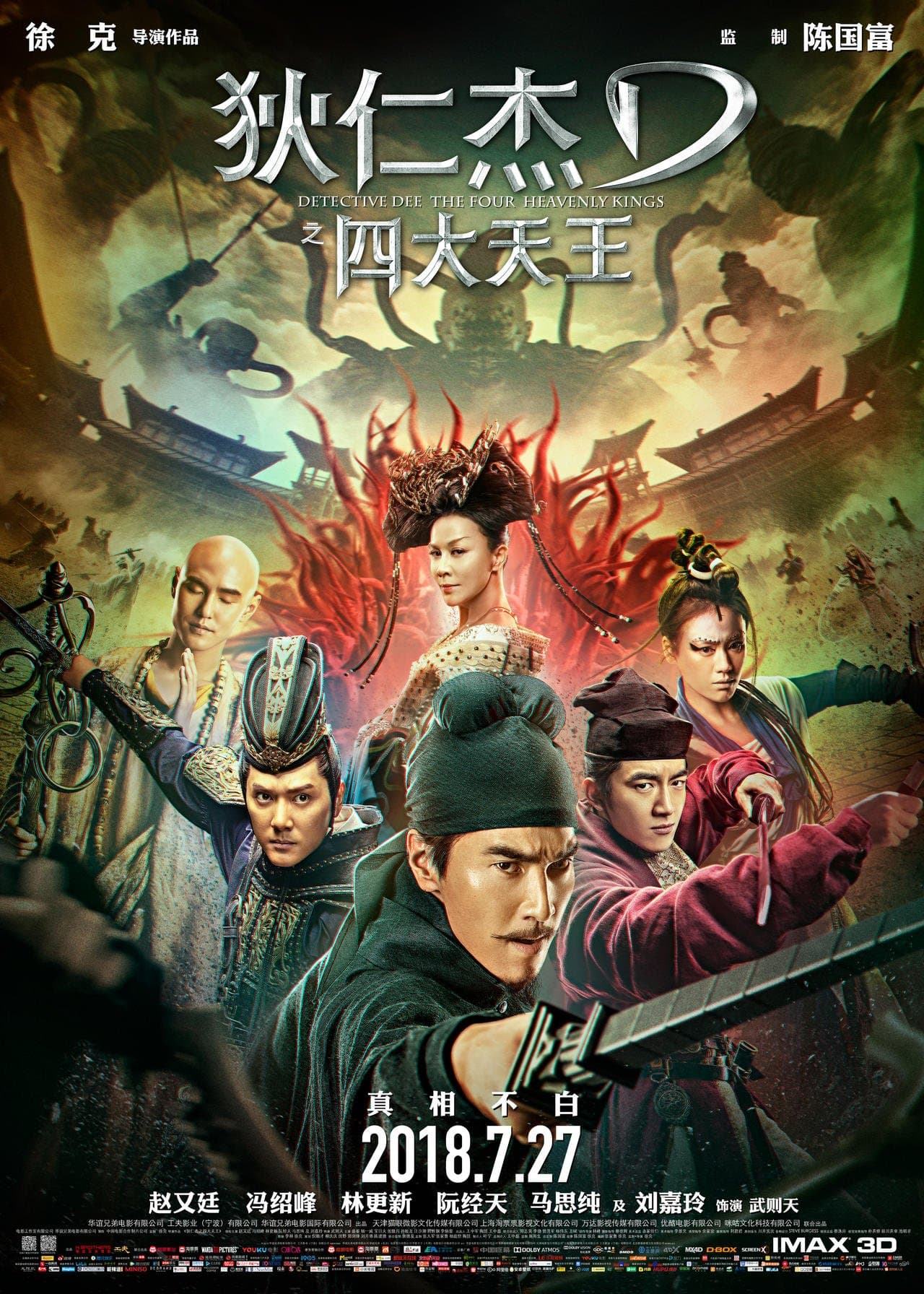 TSUI HARK is without a doubt one of Hong Kong cinemas greatest directors and has renewed himself multiple times through the years. His movies are often overstuffed, overblown, erratic, energetic and all over the place. They are wildly uneven and a bit hit or miss. They are also negotiating space for the suppressed and are in a constant discourse over who enacts ownership of the past.

DETECTIVE DEE: THE FOUR HEAVENLY KINGS picks up right after the events in YOUNG DETECTIVE DEE: RISE OF THE SEA DRAGON (2013). “The Dragon-taming Mace” is bestowed upon Detective Dee, a weapon symbolizing justice. The Empress, Wu Zetian (Carina Lau) is not amused and plans to frame Dee. Or is she controlled by the secret magical cult that has mysteriously appeared? 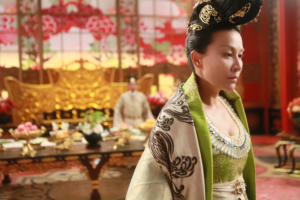 Revolving more around a basic revenge plot than the earlier films convoluted detective shenanigans, this reduction of elaborate plotting in favour of a more straightforward and simplistic narrative while still relying on constant verbal exposition bogs down proceedings somewhat. There is no real case to solve here which leaves Dee’s deduction skills to mostly explain things we already know. This combined with Kenji Kawai’s overblown constant score and the heavy handed over the top SFX scenes towards the end, finally bogs down what elsewhere is a fantastic, strange, if disjointed movie. This is too bad as there is so much good going on here.

Tsui Hark is on a roll serving up poignant, outlandish spectacle with precise staging. As with late era YUEN WOO-PING there is a perfection to every movement, almost sterile in execution. It is simultaneously impressive and almost too clinical, leaving you somewhat detached/unengaged. 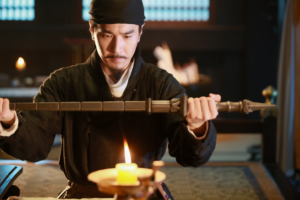 The first hour in particular have some great sequences. Full of strong imagery, with masked cultists, illusions, magic tricks and the weird looking Mystic Clan. It’s an oddball fantasy wuxia by way of Thunderdome era George Miller, which culminates in a beautifully staged chase through the streets and roofs of the city. Then there’s an hour to go and giant exposition spewing fish hallucinations aside, it derails.

Tsui Hark throws whatever he can at the screen. Flying demons, tentacles galore, a huge demon throwing eyeballs and to top it off comes, both unduly and thematically correct, a giant albino ape reminiscent of George from RAMPAGE (Brad Peyton, 2018) to re-enact a scene from KING KONG (Merian Cooper and Ernest Schoedsack, 1933 / John Guillermin, 1976 / Peter Jackson, 2005). There is probably a monkey king reference thrown in for good measure and I reserve the impending possibility there are a lot of cultural texture inaccessible to me here. 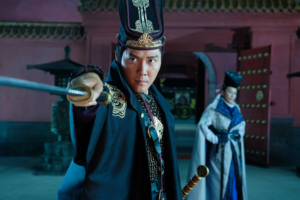 But thats Tsui Hark for you, ever a man of contradiction. He has made another film that feels both controlled and out of hand. A master at the heights of his powers just having fun but still getting lost. Detective Dee himself was a real historical person who showed up in a fictional crime/detective novel. Author Robert van Gulik then “borrowed” this fictional character and recreated stories in the same vein. This layering and reconstruction of history and stories is not lost on Tsui Hark. There is this nagging sense that all this excess points to something.

There is the construction and reconstruction of history through constant renditions. The ever changing and interchangeable perspectives and the hidden. The emergent Jianghu, a mystical world within the world (today mostly associated with/hijacked by the triads but historically the world traversed by Wuxia heroes, possibly both real and fictional). Add to this the stagey, theatrical performity of it all. The lush sets and costumes. 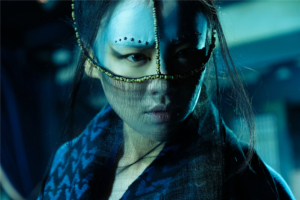 There are layers upon layers here, not only of illusions and lies but of what is hidden or ignored. It could be criticizing Chinese authoritarianism, the idea of a shared reality or it could just as well all be for laughs. Possibly signaling more than it actually means, vague and overbearing, opaque and lofty.

As a movie I find it a bit scattershot and frankly too much but as conceivable multi layered text it is skittishly suggestive. If you can catch it on a big screen, don’t think twice. Highly recommended.