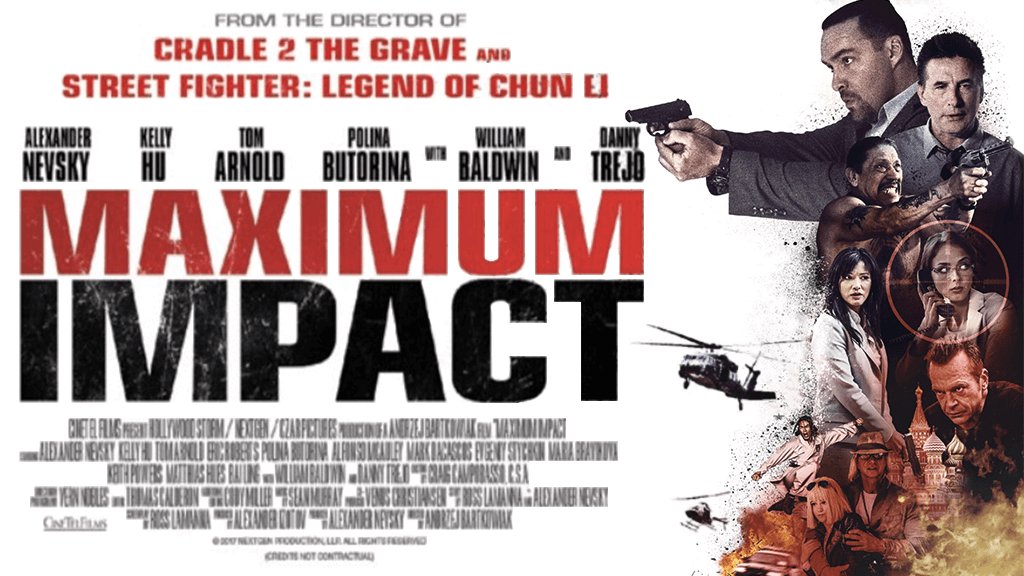 Amateur non-actors and washed-up B-level stars team up to put food on the table, but who will be forced to watch the abomination?

Basically MAXIMUM IMPACT is a comedy of the middle aged men with large prostates who needs to pee every 20 second variation. Featuring “funny” music cues and nursery rhymes with beats. Also one guy is big and one is small.

Hopefully a couple of these actors got a handsome salary for showing up. From the look of it, they did. Although there is a car chase about 30 minutes in, it is surprising how they could afford it but it got to have cut into someone’s pay check.

As usual with these things Matthias Hues and Mark Dacascos steals the show. Although, while they do seem to muster a modicum of enjoyment, they do not have that much to do. It is great that Mark Dacascos is climbing up from this bottomless digital video-pit for an appearance in the upcoming ‘John Wick 3’. Hopefully this leads to a couple of good to above average DTV-movies. 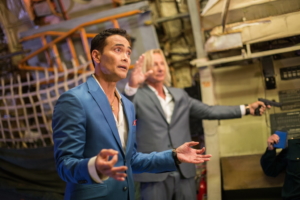 Matthias Hues on the other hand, probably would not catch such luck. Most famous for his drug-pusher-serial-killer-alien in ‘I Come in Peace’ aka ‘Dark Angel’ (Craig R. Baxley, 1990) and for his explosive on screen debut throwing people at crocodile’s while laughing in ‘No Retreat, No Surrender II’ (Corey Yuen, 1987), he is always some kind of presence. His lumbering, offbeat and awkward frame, tired of it all but self-aware. Looking great in a hat and jacket, this weathered beef-cake specimen with blonde mane is full of wasted potential. Give this man a proper movie where he can throw people at random stuff already. 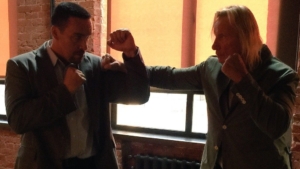 Everyone else seem either a bit embarrassed or just unaware. Alexander Nevsky and Evgeniy Stychkin are probably supposed to be the leads, but are so wooden as to register as inanimate objects. Cropping up to get their name on the DVD cover in true DTV fashion are a weird mix of: Kelly Hu, Bai Ling, Eric Roberts, Tom Arnold, Danny Trejo and William Baldwin (is he even awake?). The disjointed, slapdash feel does make it more of an ensemble piece of sorts, where different unengaged performers wish they were somewhere else. 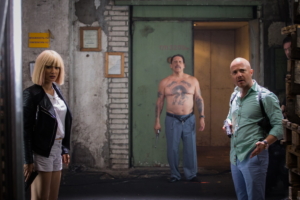 Director Andrzej Bartkowiak (Romeo Must Die, 2000) must have opened a portal to his own personal hell. Once the director of photography on, among others, Speed (Jan de Bont, 1994), the slip in quality regarding cinematography is just sad. This is just nu-era DTV/VOD flat looking digital blandness, the look that makes you cry. Digital has apparently been great for making movies on the cheap, but not to watch them.

Action is next to non-existent, a car chase 30 minutes in, a shootout at 90, couple of short weirdly edited bouts in between. Clocking in at 105(!?) minutes and threatening a sequel this movie ain’t no joke. 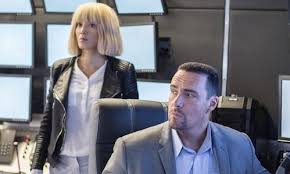