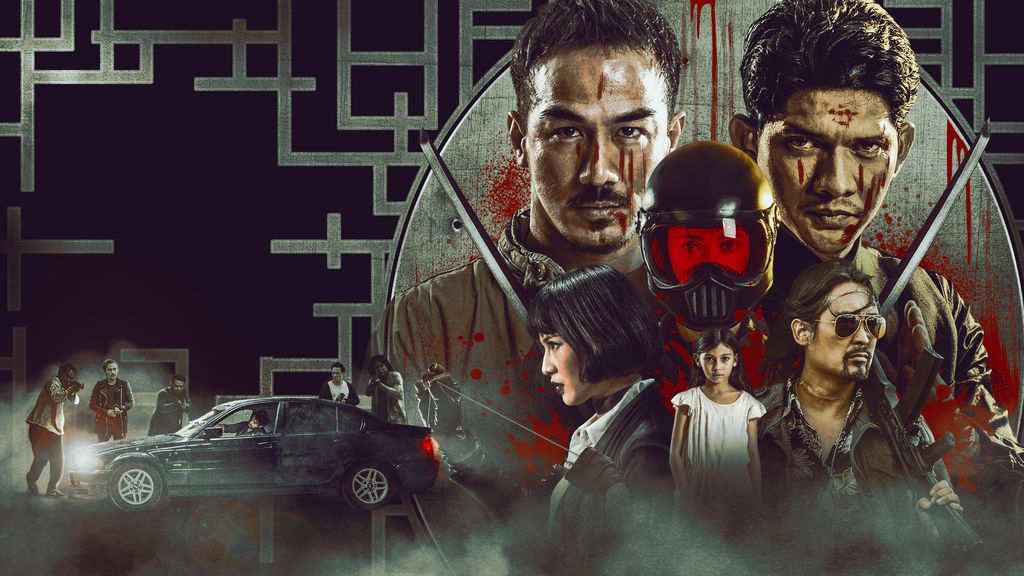 Aching for the sublime, THE NIGHT COMES FOR US, instead exposes glimpses of subdued guilt and an abrasive, primitive descent into a whirlpool of carnage and corporeal degradation.

‘Ito’ (Joe Taslim, The Raid) and ‘Arian’ (Iko Uwais, The Raid) are old friends trying to navigate the criminal world. During a routine massacre Ito has a revelation and decides he wants to exit the mysterious and violent world within the world that he inhabits. Arian on the other hand, wants to plunge further and deeper down. Violence erupts. 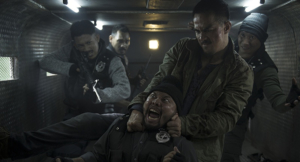 The somewhat clunky narrative is at its best when abandoned, giving way to a more interesting fleeting tonality in between all the extended carnage. Director Timo Tjahjanto (Headshot) is almost able to part from narrative convention but can not, or will not leave it completely, which gives ‘The Night Comes For Us’ a tonal imbalance.

Filled to the brim with exhaustive, prolonged beautifully staged beatings, hard hitting stunt work and gory mutilations, violence is the focal point. Action Coordinator Iko Uwais and his team crafts some of their best work yet, together with cinematographer Gunnar Nimpuno’s agile camera work and Greg Dora’s gnarly, messy visual effects. Although still struggling somewhat with the one against many choreography. In particular an early fight at a butcher’s shop has people standing around waiting for their turn in true 70’s fashion. Nitpicking aside, there is so much varied dismemberments and stunning action set-pieces on display that most qualms are, sooner or later, stunned. 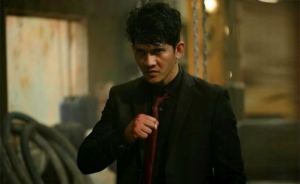 Of note is an intense 2 on 1 fight late in the film, featuring Julie Estelle (The Raid 2, Headshot), hinting they might be on the cusp of solving these problems altogether. Julie Estelle shines here, more assured in her physical performance than ever. Needless to say, Iko Uwais and Joe Taslim are two of the best current on-screen fighters there are, but they also hold their own in dramatic scenes and carries everything well. 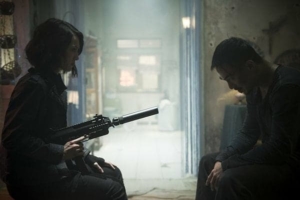 The current Action Cinema trend of ramping up the brutality for the sake of “cool”, is somewhat subdued through thematic heft. Here blood, guts, gushing brain matter and chopped off limbs are not a cheap tactic to conceal subpar choreography, instead it takes on a character of its own. Gushing forth with reckless abandon, ‘The Night Comes For Us’ is heeding closer to the pulpy body horror romp of ‘Universal Soldier: Day of Reckoning’ (John Hyams, 2012) than the truly felt and repulsive brawl in ‘Cell Block 99’ (S. Craig Zahler, 2017), but shares with both a glaring urge to exhume a feverish corporeal nightmare inside grindhouse action cinema.

It is a “have the cake and eat it” situation, but by the end it manages to meld the symbolically AND comically ramped up meaningless tired repetition of violence with its excessive, trashy exploitation leanings. There is an evolving organicness to these assaults, each set-piece building on the last. Bodies erupting and destroyed. The early showiness of Iko Uwais beautiful clean lines are peeled back, exposing an ugly and desperate reconciliation. In this world, there is neither a way out, nor a way in. 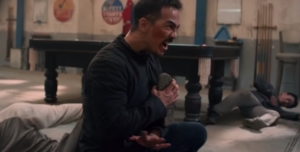