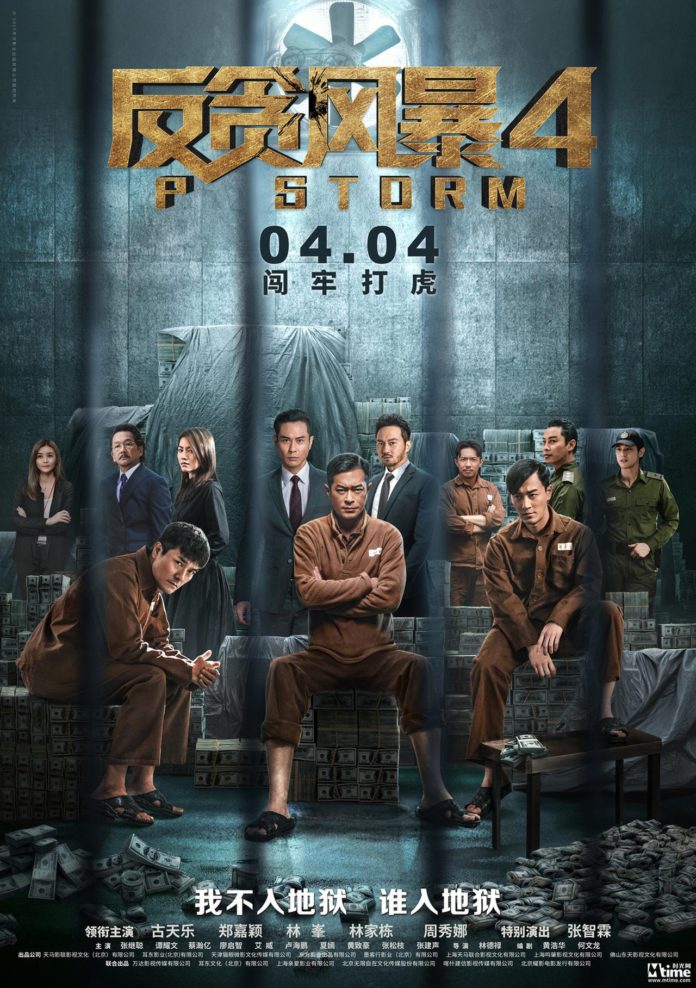 A fourth entry to the Storm franchise is here in P Storm directed by David Lam.

SYNOPSIS: After “Z Storm”, “S Storm” and “L Storm”, comes “P Storm”. Louis Koo returns as William Luk, this time going undercover as a prisoner to investigate correctional officers who are receiving bribes. He does so after Liu Yue Ping makes a report about a rich man, Cao Yuen Yuen, who bribes officers of the Hong Kong Correctional Services (HKCS) from inside the prison. Meanwhile, ICAC officer Ming is working with Liang, an officer from the Bureau of Anti-corruption, to go after Yun, a corrupt Mainland officer also known as White Glove. William then works with Ming to target a group of criminals across Hong Kong and Mainland China.

P Storm once again stars Louis Koo (Paradox), Julian Cheung (The Suspect), Gordon Lam (Trivisa) and Kevin Cheng (The Woman Knight of Mirror Lake). Joining them this time around is Raymond Lam (The Sorcerer and the White Snake) and Chrissie Chau (Journey to the West: Conquering the Demons).