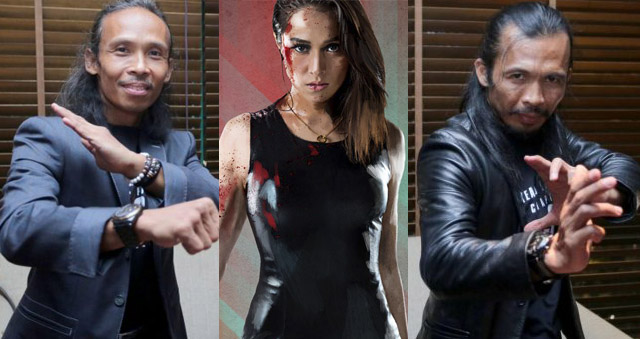 Hot off the trails from lighting up the screen opposite Keanu Reeves in the box office blockbuster John Wick: Chapter 3 – Parabellum, Yayan Ruhian (The Raid) and Cecep Arif Rahman (The Raid 2) is set to join forces with Cristine Reyes for the follow-up to her hit Filipino action thriller Maria.

Director Pedring Lopez will also be returning for Maria 2 which will continue the story of the former Black Rose cartel hitwoman who was forced back into the underworld to avenge her family with the help of her mentor, Sir Greg, played by Ronnie Lazaro.

Lazaro is expected to reprise his role as Sir Greg along with K.C. Montero who plays Black Rose lieutenant, Victor.

Lopez stated: “I have high hopes for this sequel with Yayan and Cecep joining us for the ride. If you enjoyed what we helped put together in the first film, this next chapter is gonna be explosive. We have a complete script and I’m back with Sonny Sison and his team who are gonna make some very cool things happen for this next chapter in this violent, kinetic and intense saga. This round of casting is just the start, so get ready. More Maria is coming!”